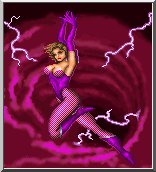 Tempest is a malevolent playable character in the 1994 Arcade fighting game "BloodStorm" by developer Incredible Technologies.

Tempest is the daughter of the High Emperor, who is murdered by Nekron, the primary antagonist, at the start of the game. When the BloodStorm tournament is held to determine who will succeed the deceased emperor, Tempest feels that only she is worthy, as she is the sole carrier of her father's blood.

In Tempest's ending, it is revealed that is was she who in fact orchestrated her father's murder so that she could rule by releasing Nekron from his pocket dimension. When her planet's denizens learn of this, they revolt and attack Tempest until she is beaten to a bloody pulp. She is then carried to the town square and is executed via beheading. 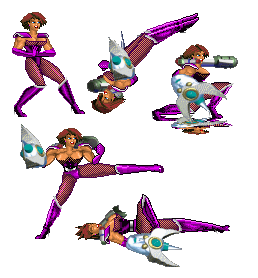 Retrieved from "https://femalevillains.fandom.com/wiki/Tempest_(BloodStorm)?oldid=174360"
Community content is available under CC-BY-SA unless otherwise noted.