Taxan (Simona Williams) is the high priestess of the evil snake cult of the space amazons from the 2003 sci-fi movie Sumuru. The Danish actress Simona Williams was known as Simona Levin in this production.

Texan conspires to overthrow Queen Sumuru (Alexandra Kamp). Human sacrifices are thrown on her command to the giant snake god.

When earth astronauts crash on their planet, she tries to gain them to her cause, but they choose to follow Sumuru instead. After knocking her down, the heroes escape in the desert, hunted by Taxan's troops.

Soon, Sumuru and Taxan fight in a deserted factory, and Taxan is seemingly killed by electrocution when she is kicked into a hot metal gate. However, she later comes back to life for one last charge, and is shot to death in the abdomen by a laser gun. We later see her lying on the floor with her head hung in an unnatural position. 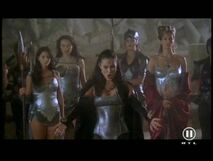 calling the snake god for an offering 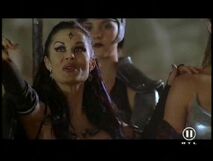 in extasy before the monster 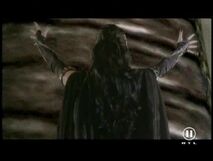 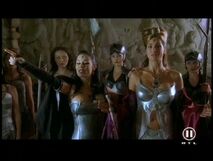 she feels tghat queen sumuru is not so enthusiast 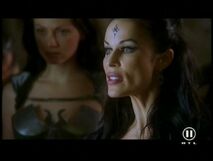 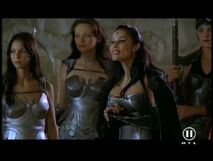 maybe a child could satisfy the snake god ? 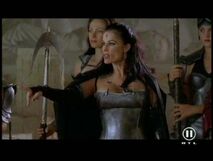 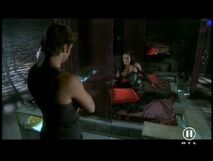 Trying to seduce the hero 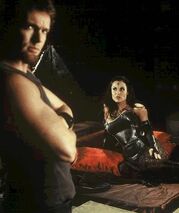 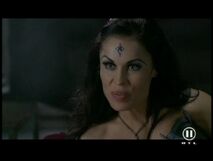 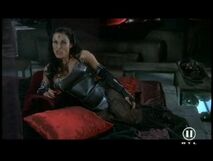 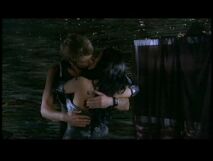 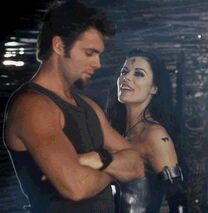 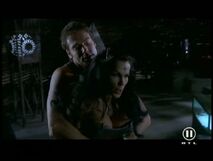 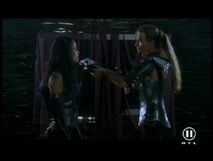 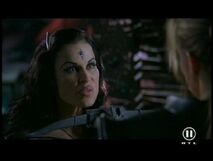 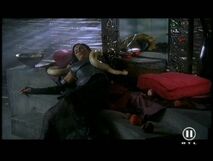 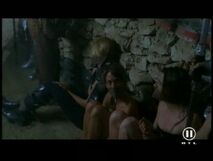 Her henchgirls have been silenced, and their uniforms stolen. 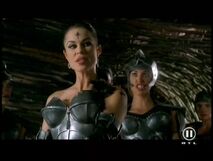 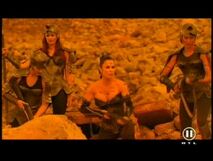 the hunt is on 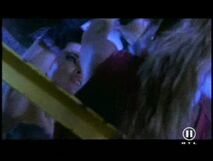 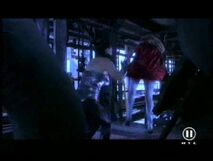 the heroine kicks her butt 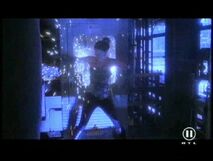 she's kincked back right on an hight voltage cabin 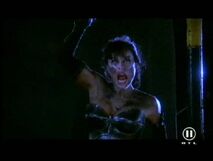 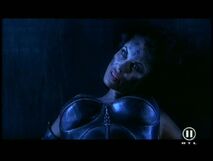 Add a photo to this gallery
Retrieved from "https://femalevillains.fandom.com/wiki/Taxan_(Sumuru)?oldid=209339"
Community content is available under CC-BY-SA unless otherwise noted.