Tina is the mother of a young girl named Patrice, though her mental stability decreased after she was born, leading to her being given up for adoption and then taken in by Vanessa and Mark Peters (the former being the main protagonist), who renamed her Lacy. She had an extensive criminal history, which led to her being imprisoned three years prior to the film's events, as she was arrested for stabbing her daughter's case worker eight times; her intended victim survived.

Tina's obsession with Patrice continued even while she was behind bars, which included her cellmate Ginny Garretti learning about the latter from the former. She served as a cook at the prison, and both she and Ginny were eventually paroled and released from prison, with Tina saying all of the right things in order to have herself set free.

Once she was out, the delusional sociopath went on a mission to reclaim her daughter, beginning with tracking down and killing the lawyer who handled Patrice's adoption. The murder took place one month after Tina and Ginny's release, with the villainous former bludgeoning her victim to death. Afterwards, Tina began stalking Vanessa's social media and became her 10,000th follower, learning about her restaurant business and planning to get hired by Vanessa. This included killing Vanessa's sous chef, Ricardo Gomez, by bludgeoning him with a wrench. Following Ricardo's murder, Tina introduced herself to the protagonist as Taryn James, charming her with her stories about Patrice.

Just like she wanted, Taryn was hired by Vanessa as her new sous chef, and she later charmed not only Mark, but Lacy as well, with the deceptive woman expressing elation over seeing her daughter for the first time in years. All the while, she continued to stalk the couple and further her plan to reunite with Lacy/Patrice. When she spotted her parole officer, Phil Amherst, at her door, the evil Taryn bludgeoned him to death. During her first meeting with Vanessa's best friend Chelsea (which took place at Vanessa's restaurant), she was confronted by Ginny, who referred to Taryn by her real name, only for her to brush her away once her co-worker Heidi arrived. The villaness later phoned food critic Dirk Vole while posing as Vanessa, making a request to reschedule their meeting before slashing the tires of Vanessa's car.

Chelsea became suspicious of Taryn after briefly seeing her with Ginny, though Vanessa refused to believe her friend's claims until she spotted Taryn at Lacy's school during her story time, as she conveniently didn't tell her that it was rescheduled. She was forced to contend with her former cellmate once again, with the latter demanding money within three days under the threat of revealing Taryn's true identity to Vanessa if she didn't pay. Later on, Mark witnessed the villainess' manipulative and deranged behavior when she made a pass at him and removed her top, only to act appalled when Vanessa entered. After that, Taryn tracked the protagonist as she was dropping off Lacy at her school, after which she coerced the girl into going with her.

Taryn drove Lacy to her house with the promise of having her meet Patrice, only for the former to present the latter with a birthday cake and sing "Happy Birthday" to her, referring to Lacy as Patrice and revealing herself as her biological mother. She instructed Lacy to blow out the candles and "do as her mommy says," only for her to become frightened by Taryn's unstable personality and tell Taryn that not only was she not her mother, but also that she wanted Vanessa. In response, the callous villainess revealed her true colors by tearing up her daughter's drawing of her adoptive mother and telling her that Vanessa wasn't her real mother before locking Lacy inside her room. The demented Taryn returned to Willy's, her former workplace, and attacked Mark after spotting him, resulting in his hospitalization. She also continued her insane manipulation of Lacy/Patrice, stating that she would protect her while forcing the girl to refer to her as her mother, adding that Vanessa supposedly never cared about her.

Chelsea tracked Taryn to Willy's, only for the latter to knock the former out and intercept a message she intended to send to Vanessa. Lacy then drew a picture of her and Taryn together before showing it to her captor, appeasing her; she was unaware it was part of her plan to escape. However, she caught up with her captive and took her back to her house, after which she tore down all of the photos of Vanessa from her wall. The protagonist ended up discovering her adoptive daughter's location from Ginny, but she was confronted by Taryn, who let Vanessa in and lashed out at her for (in her mind) stealing Patrice from her. The crazed villainess ordered her to leave her and Lacy alone, after which she took out her gun while holding Lacy and repeating her accusation once more. Vanessa placated Taryn by apologizing to her and telling her that she worked hard to get Patrice/Lacy back, leading to the latter confessing to killing Ricardo and attacking Mark and Chelsea.

In response to Vanessa asking her what she needed to do, Taryn coldly stated that she needed to die, but after Lacy protested her twisted demand, she again informed the protagonist that she needed to leave them alone. After Vanessa gave Lacy a signal, the girl bit Taryn and escaped her clutches, which was followed by the two women brawling. The confrontation ended with Vanessa grabbing Taryn's gun and shooting the unhinged criminal as she yelled "No!" Tina/Taryn survived, but afterwards, she was arrested once again, and it was disclosed that she would end up serving three life sentences for her latest crime spree, thus forever destroying any chances of Taryn fulfilling her evil goal. 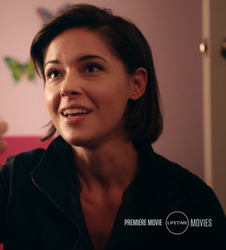 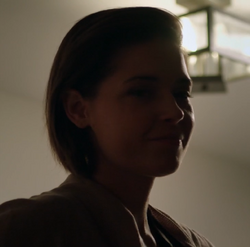 Add a photo to this gallery
Retrieved from "https://femalevillains.fandom.com/wiki/Taryn_James_(Recipe_for_Danger)?oldid=184861"
Community content is available under CC-BY-SA unless otherwise noted.