Start a Wiki
watch 01:48
The Loop (TV)
Do you like this video?
Tania (Anouska Hempel) is a minor villainess in the 1970 film "Scars of Dracula".

The leading man Paul Carlson (Christopher Matthews) arrives at Dracula's castle, where a mysterious, dark-haired woman named Tania invites him inside to spend the night.  Paul is then introduced to the Count, and immediately has second thoughts.  However, he is stuck there.

Tania then visits his room late at night and seduces him.  She claims that she is being held prisoner there as Dracula's mistress.  The two have sex.

The next morning Paul awakens to find Tania attempting to bite his neck.  Dracula (Christopher Lee) enters the room with a knife, and savagely stabs Tania to death for betraying him.  It seems that Paul's blood belongs to him, and she has no right to take a little snack without permission.  After Dracula left, Klove (Patrick Troughton) the vampire's servant, dismebered the body of Tania and dissolves the pieces in a bath of acid.  Trying to escape the castle, Paul finds himself locked inside of Dracula's chamber with no way out. 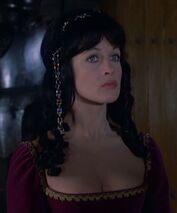 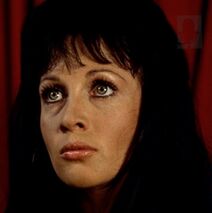 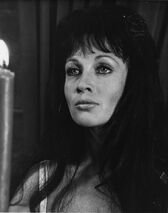 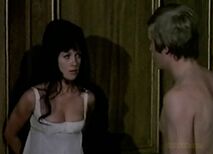 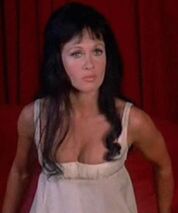 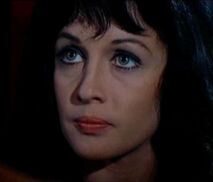 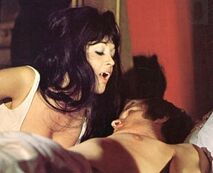 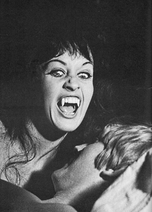 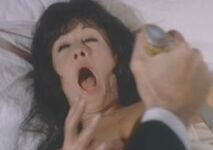 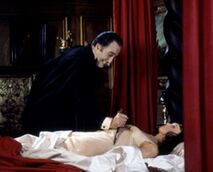 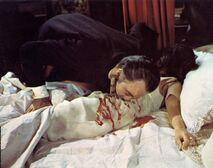 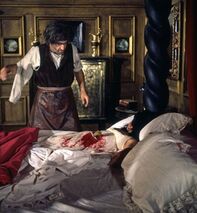 Add a photo to this gallery
Retrieved from "https://femalevillains.fandom.com/wiki/Tania_(Scars_of_Dracula)?oldid=199720"
Community content is available under CC-BY-SA unless otherwise noted.