Start a Wiki
watch 01:51
The Loop (TV)
Do you like this video?
Tala is the villainess in the 1947 episode "Mountains of Skulls" for the comic book Jo-Jo Comics #8.

Tala is responsible for helping a native African tribe capture their enemies and add their bleached bones to their Mountain of Skulls.

When Jo-Jo The Congo King comes along, Tala acts like she is lost and asks for him to guide her.  She tells him she is looking for rare flowers.  As a result, the Congo King builds her a map to follow.

Back at Tanee's village, Commission Burns tells him that a white girl who is traveling with a band of natives, is exacting a weird avenging rite of bleaching the skulls of their enemies.  Jo-Jo told him of his encounter, and the group set off to find her.

Jo-Jo eventually found Tala's underground lair which was lined with the skulls of her victims.  She had tied up two white botanists, and near them she was stiring a large boiling caldran with skulls in it.  Jo-Jo was knocked over the head by a native and tied up alongside the botanists.

Lucky for the captors, Tanee also went looking for Tala.  After finding the cave entrance, she caused such an unexpected calamity, that Jo-Jo was able to break free from the natives who were about to throw him in the pot.

Tala attempted to flee, but her footing slipped on the skulls and she went flying head first into the boiling water of the cauldron. 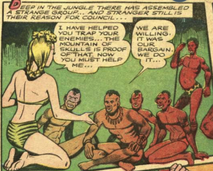 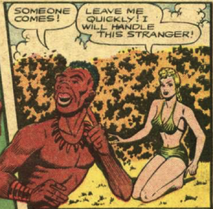 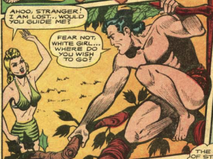 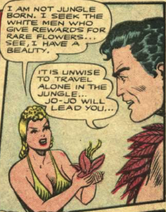 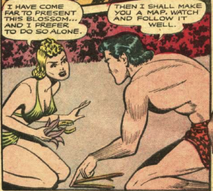 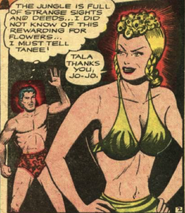 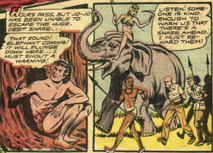 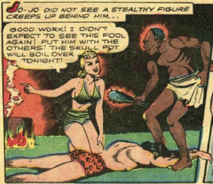 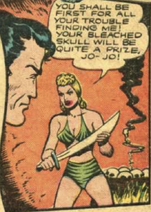 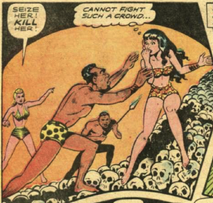 Add a photo to this gallery
Retrieved from "https://femalevillains.fandom.com/wiki/Tala_(Jo-Jo_Comics)?oldid=171415"
Community content is available under CC-BY-SA unless otherwise noted.