Start a Wiki
watch 01:48
The Loop (TV)
Do you like this video?
Sylvia Vane (Lea Thompson) is the hidden main antagonist in the 1989 episode "Only Sin Deep" from the TV series "Tales From the Crypt".

Sylvia Vane is a conceitted prositute. One night after robbing a pimp of his jewlrey she goes to a pawnshop, to get some money but instead the owner offers her to buy her beauty for $10,000. At first she doesn't take him seriously, but decides to take his offer anyway. She sells her beauty and lands herself a handsome bachelor. Four Months later she finds herself aging very quickly. Realzing that it all started when she went to the pawnshop, She heads back to the pawnshop to get her youth back and returns the 10 Grand. Unfortunely she had missed the deadline by one day and. She threatens to shoot him and demands to know how much it'll take. Upon being told it's now $100,000 she heads back to her boyfriend's appartment to get as much jewelry, which all together is worth more than $100,000. Her boyfriend discovers her and is unable to recognize her due to her new face and calls the police, but she shoots him dead and heads to the pawnshop to get her beauty back, only to discover in horror that she is wanted for her boyfriend's murder as the phone was off the hook when she killed him and the police traced the call then found her fingerprints on the gun. 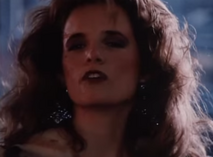 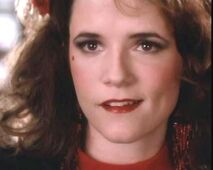 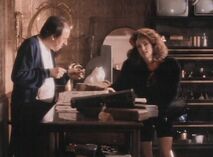 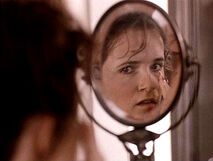 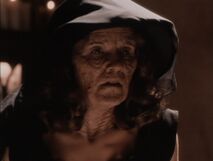 Add a photo to this gallery
Retrieved from "https://femalevillains.fandom.com/wiki/Sylvia_Vane_(Tales_from_the_Crypt)?oldid=196455"
Community content is available under CC-BY-SA unless otherwise noted.