Start a Wiki
watch 14:21
The Loop (TV)
Do you like this video?
Sylvana (Maura Monti) is a villainess in the Mexican action comedy film "Cazadores de Espias", which is also known as "Spy Hard".

Sylvana is a seductive villainess who is the leader of a faction that is trying to gain possession of the property that everyone wants.  She is a plant enthusiast, and owns a carnivorous plant which she calls Grosera (Gross).  Sylvana uses the plant to threaten her enemies.  She feeds guinea pigs to it, and also feeds one of her goons to the plant to let everyone know how evil she is.

Sylvana is in competition with Mr. X (Hector Andremar), who is a mysterious evil villain.  He hides out under the property in question.

Sylvana has many henchmen.  One of them is a mad scientist guy who controls the Robot that kills people and wrestles.

Sylvana's rival, Mr. X, allows her goons to toss his identical brother out of a window to fake his own death.  This is an elaborate plan to gain control of a building he already owns so that he can do nefarious things in it, like planting missles in there.

The building is eventually turned into a gogo dance club and werestling venue.  Sylvana poses as a gogo dancer and is hired by it's owner Laurena.  She also is interested in the wrestling matches, since she owns a robot that wrestles against men.

Sylvana seduces Ricardo on the night of the wrestling match by putting on a sexy nightie.  She then pulls out a gun and keeps him in her hideout.  Sylvana believes him to be Mr. X.

Ricardo knocks out Sylvana and feeds her to her own carnivorous plant, and heads to the wrestling match.  He jumps in the ring and begins ripping out wires and antennas off the robot.  It soon short circuits and catches fire.  The feedback from the fire travels through the cane and electrocutes the Mad Scientist. 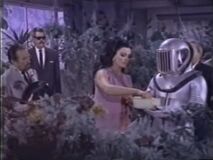 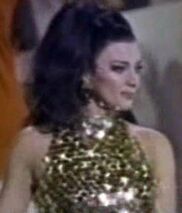 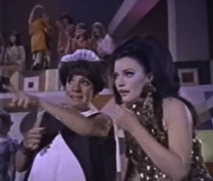 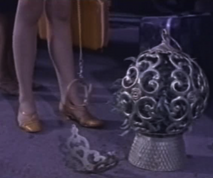 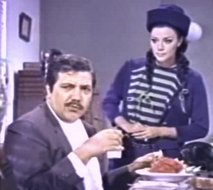 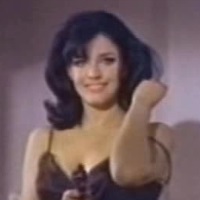 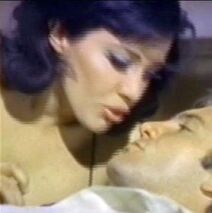 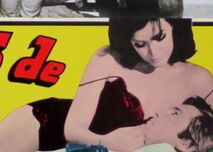 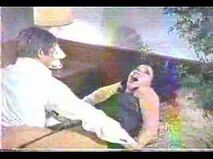 Add a photo to this gallery
Retrieved from "https://femalevillains.fandom.com/wiki/Sylvana_(Cazadores_de_Espias)?oldid=181897"
Community content is available under CC-BY-SA unless otherwise noted.