Sultana (Toni Naples) is a villainess from the 1987 movie "Deathstalker II".

She is a wicked warioress, and the lover of the main villain, Jerak. Together, they have overthrown good queen Evie, with the help of an evil sosie of her. Fortunately, Deathstalker, the hero is here for the rescue. She grabs the rightful queen, and suspends her above a boiling cauldron. A sword fight ensues with the hero, who ultimately kills her before the blonde queen falls to her death.

Shortly after, Jarek resurrects Sultana so that she may again fight against the heroes. However, when things get too heated, the villainess makes a break for it and is not seen again. 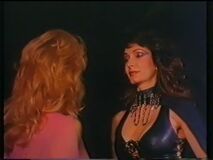 confronts the sosie of the rightful queen 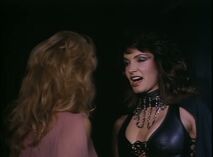 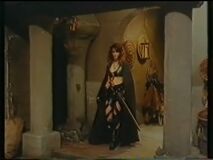 makes her entrance in a pub, to hire henchmen 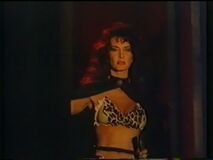 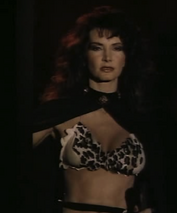 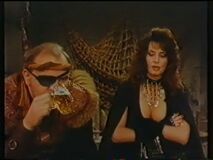 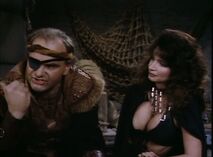 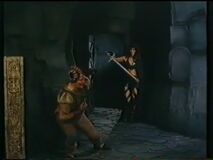 she just murdered a guard, just for the pleasure of it. 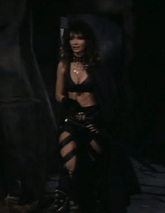 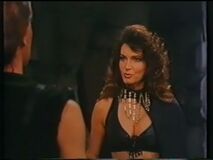 flirts with the main baddie 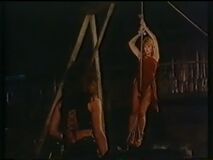 Gloats over her captive 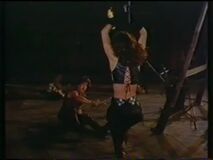 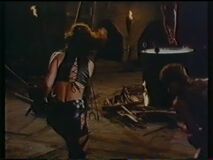 the fights goes on 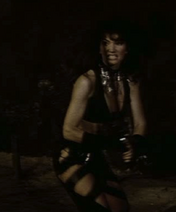 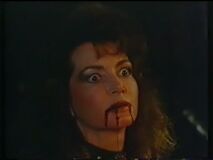 the hero'blade goes through Sultana's belly 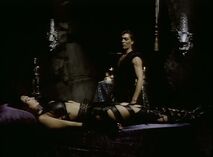 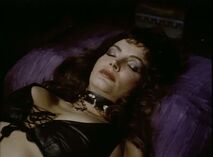 Add a photo to this gallery
Retrieved from "https://femalevillains.fandom.com/wiki/Sultana_(Deathstalker_II)?oldid=193699"
Community content is available under CC-BY-SA unless otherwise noted.