Steerwoman Shelinda is one of the main antagonist of TV series, "Seijuu Sentai Gingaman", which was a forerunner of the Power Rangers series. She is played by the actress Kei Mizutani. She appeared in 49 episodes from 1998-1999.

Shelinda is the second in command to Zahab. She appears as a white-haired steersman of Balban. She was cruel, selfish and greedy. Called the mistress of swordsmanship, she was a very powerful enemy of the Gingamen. In addition to her prowess as a swordsman, she can lasso her opponent with energy-whip, swinging them around. She can also fire powerful exploding attack from shell ornaments on both of her wrists. She possesses some magical abilities and is able to create an illusion of Mihau.

Shelinda was mortally wounded in battle against GingaGreen, who defeated her with his Hurricane Gust. She refused to admit defeat, and attempted to strike Hayate. However, she was exploded. Only her sword remained, which was taken back by the Yartots to Zahab. Shelinda was later resurrected, along with Zahab, the other Generals, and several Maijins. She battled GingaGreen again and was destroyed by him once again.

She was dressed in silver thigh high boots that had a shell that covered her knees. Her outfit was a silver and pink and blue crop top and skirt. She had blue gloves and cape, and held a sword. Due to her rather seductive appearance, Shelinda was not adapted for the Power Rangers Lost Galaxy series the following year. Instead, she was replaced by the far less conspicuous Trakeena. 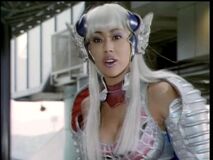 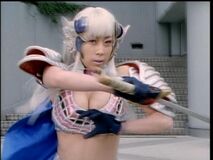 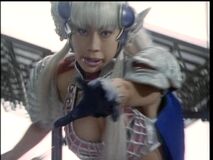 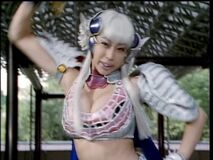 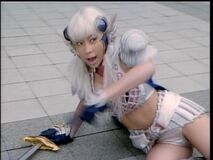 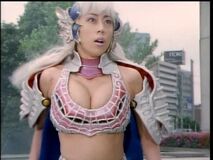 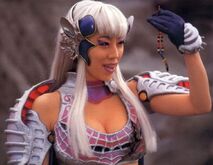 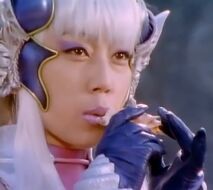 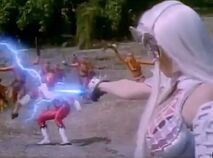 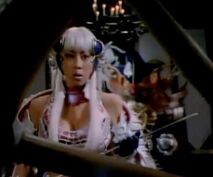 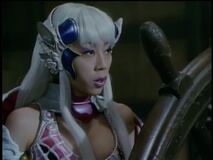 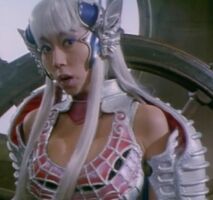 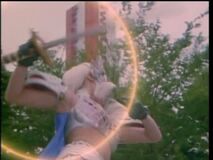 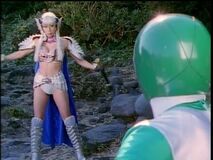 Add a photo to this gallery
Retrieved from "https://femalevillains.fandom.com/wiki/Steerwoman_Shelinda_(Seijuu_Sentai_Gingaman)?oldid=202644"
Community content is available under CC-BY-SA unless otherwise noted.