Leslie "Spike" O'Malley (Darlene Vogel) is the sole female member of Griff's gang in the 1989 movie Back To The Future Part II.

She is notable for the sharp claws she wears on two fingers of her right hand (perhaps leading to her moniker of Spike).

Her most prominent contribution to the movie comes during the 1980s diner scene, where she taunts Marty McFly for refusing to co-operate in Griff's criminal plans, asking "What's wrong McFly - got no scrote?" Drawing the claw of her index finger down his body, Spike lifted Marty off the ground by jabbing him in the groin and dumping him on the counter, leaving Marty writhing in pain.

Spike's demise came after the hoverboard chase, where she and the rest of the gang crashed into the front of the courthouse, after which they were later arrested.

During her brief spell in the movie, Spike displays an overt aggressiveness towards Marty. Indeed, she appears to gain enjoyment from the physical pain that both she and Griff are able to inflict on him, with laughs heard after Griff punches Marty and after executing her jab to his groin.

While Griff prefers to use a baseball bat with which to threaten and attack Marty, Spike's claws are clearly her preferred weapon of choice. Indeed, she can often be seen wiggling her clawed right index finger as Marty tries to fight back, readying herself to use her claw again on him.

Spike shows a high level of proficiency as a hoverboarder, as she and the two male members of the gang manage to steer Marty towards the lake where his hoverboard does not function. Indeed, it is only when they attach themselves to Griff's hoverboard and when their leader misses Marty with a swipe of his baseball bat that the chase ends and leads to their demise.

While the gang dynamics place Griff undoubtedly as leader, Spike was not afraid to physically attack Marty without any prompting from Griff, and she also appeared comfortable in intimidating Marty into taking part in the robbery planned by Griff. Certainly no passive moll, Spike was therefore an active henchwoman for Griff and a valuable addition to his gang.

Spike appears as an enemy in the Super Famicom video game Super Back To The Future II (スーパー・バック・トゥ・ザ・フューチャー II). She is a sub-boss in the stage Round 2-1: Head. 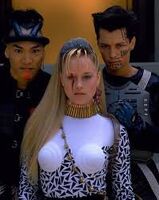 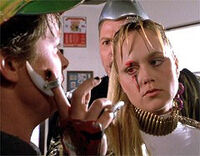 "What's wrong McFly - got no scrote?"

Readying her claw for another attack

Spike in the video game Super Back To The Future II 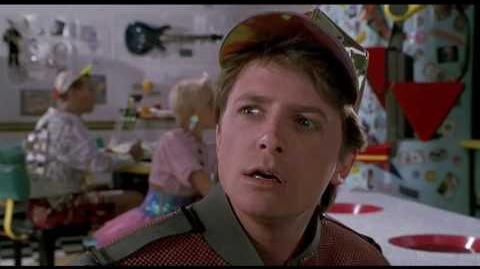 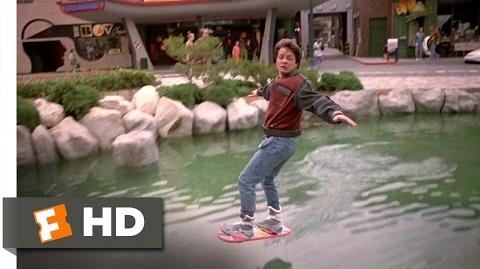 Back to the Future Part 2 Hover Board Chase (1989) HD
Add a photo to this gallery
Retrieved from "https://femalevillains.fandom.com/wiki/Spike_(Back_To_The_Future_Part_II)?oldid=184259"
Community content is available under CC-BY-SA unless otherwise noted.