Baroness Taklachak, possibly hailing from India, was the high priestess of an ancient cult that worshiped the Hindu spider god, Durga. She and her cult operated out of the old Bostwick Estate near Wendale on Long Island. After murdering a crime fighter, the cult came into conflict with Hydroman. They managed to capture Hydro-Man twice, but the cult was ultimately brought to justice. However, the Spider Woman managed to escape. She remains at large.

The Spider Woman commanded a cult that used what appeared to be actual spider webbing. They also carried conventional weapons such as guns and knives, and they wore spider rings that would allow them to inject themselves with Black Widow venom if they were caught. Spider Woman was also a scientist who possessed a virus which could turn human blood into black widow venom. The Spider Woman apparently had the ability to spin a line of actual spider webbing, which allowed her to repel down the side of a building. She enjoyed killing people in the most fearful manner they could imagine.  It is unclear what her ultimate goals were, but she seemed to be interested in mass poisonings. 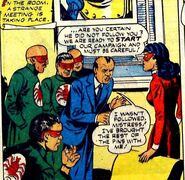 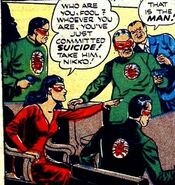 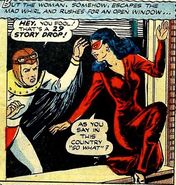 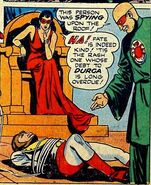 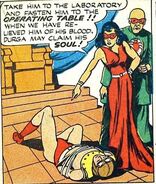 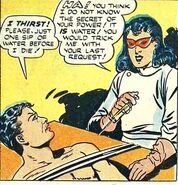 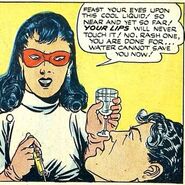 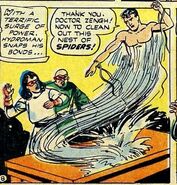 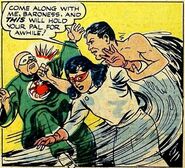 Add a photo to this gallery
Retrieved from "https://femalevillains.fandom.com/wiki/Spider_Woman_(Heroic_Comics)?oldid=157847"
Community content is available under CC-BY-SA unless otherwise noted.