Start a Wiki
watch 01:51
The Loop (TV)
Do you like this video?
Spider Lady (Tiffany Bolling) is the villainess in the 1976 two-part episode "The Spider Lady" for the TV series "Electra Woman and Dyna Girl".

The episode begins with Lori and Judy and another reporter questioning a Monk (Andy Veneto) in the embassy of the tiny country of Baklava about the Golden Spider God.  After the interview, Lori and Judy are summoned back to Electrabase by Frank Heflin (Norman Alden).  The other reporter ducks down a hallway and turns into the villainess Spider Lady, a master of disguise.

Frank tells the superheroines that the Spider Lady is back in town.

Meanwhile in the Spider Lady's hideout, Spider Lady is setting a trap for the duo.  When they arrive at her hideout, the find Leggs (Robert Sutton) and Spinner (Bruce M. Fischer), the Spider Lady henchmen, waiting for them.  Dyna Girl (Judy Strangis) easily captures Spinner, but Leggs proves to be more elusive.  Electra Woman (Deidre Hall) is captured in a web by Spider Lady.  Down in her lair, Electra Woman is placed in a machine that duplicates her, turning Spider Lady into an exact replica of her.  Her plan is to steal the Golden Spider and capture Electrabase, but doing it as Electra Woman, which will ultimately destroy the reputation of Electra Woman.  She leaves Spinner to guard the real Electra Woman, with her hungry spiders at her feet, and then heads off with Dyna Girl to the Electrabase.

After arriving at the Electrabase, Spider Lady manages to place a spider bomb on the Crimescope without Frank or Dyna Girl's knowledge.

Back at the embassy, Spider Lady disguised as Electra Woman, heads inside and convinces the monk to hand over the Golden Spider for safe keeping.  At the same time, the spider bomb has detonated back at the Electrabase.  Frank is left helpless with the Crimescope damaged.

As the superheroines give chase, they run into an old lady carrying a package.  After passing her, they realize that it was probably Spider Lady in disguise.  They return and use the Electa-X to discover that it was her.  Using the Electra Beam, the heroines retrieve the Golden Spider from Spider Lady.  Meanwhile, Spider Lady makes her escape in an elevator to the roof.  Electra Woman and Dyna Girl head outside and Electra-Degravitate to the roof where they capture the Spider Lady.

Back at the Electrabase, the new issue of Newsmakers Magazine has come out, and a picture of Spider Lady has landed on the front cover as a prisoner in the jail wearing black and white stripes. 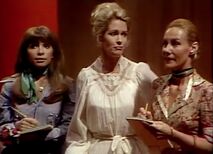 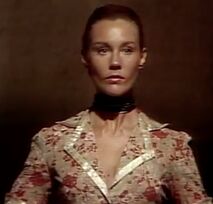 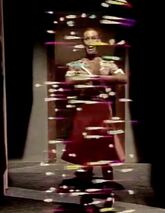 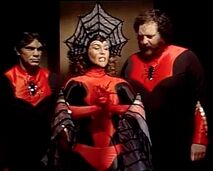 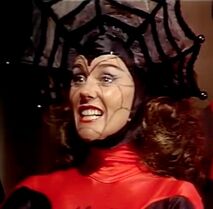 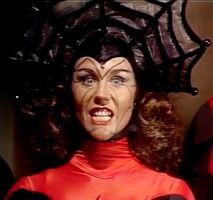 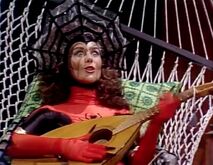 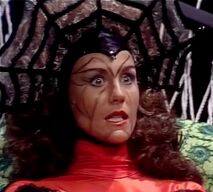 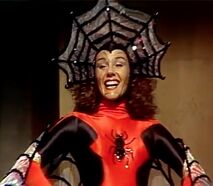 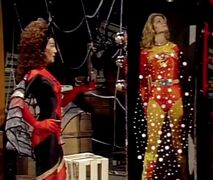 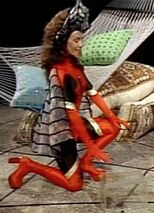 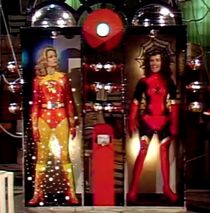 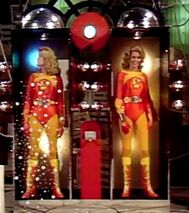 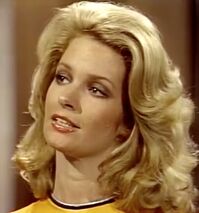 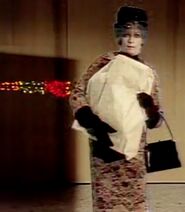 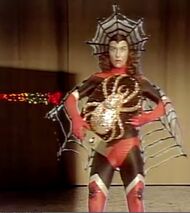 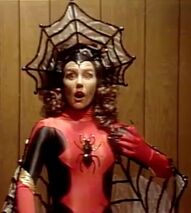 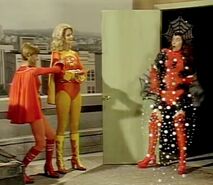 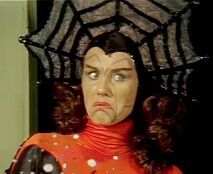 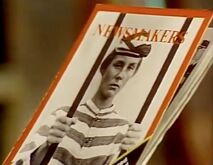 Add a photo to this gallery
Retrieved from "https://femalevillains.fandom.com/wiki/Spider_Lady_(Electra_Woman_and_Dyna_Girl)?oldid=196249"
Community content is available under CC-BY-SA unless otherwise noted.