Start a Wiki
watch 01:39
The Loop (TV)
Do you like this video?
Soraya Montenegro is a fictional character in the Mexican telenovela María la del Barrio. Soraya serves as a prominent antagonist and is characterized by violence, jealousy and emotional instability. She was portrayed by Itatí Cantoral in the original Mexican series and became one of the most recognizable villains in telenovelas as a consequence of the popularity of María la del Barrio worldwide. Her popularity reached a new peak with the rise of social media where her performances are enjoyed for being overly dramatic.

Soraya Montenegro was conceived by Mexican producer Valentin Pimstein as the antagonist of the first story arc of María la del Barrio, a remake of 1979 telenovela Los ricos también lloran. Soraya is loosely based on Esther Izaguirre, one of the villains of the old telenovela, but with considerable changes to her background, origin and mental state. Pimstein originally intended Soraya to die at the end of the first story arc. Nevertheless, he brought her back stating that Thalia needed a strong counterpart that could test her role as the heroine of the story.

Soraya Montenegro is the wealthy and evil niece of Victoria Montenegro de la Vega. She likes Luis Fernando and intends to get married with him, but he falls in love with María instead. However, she manages to marry Luis Fernando by faking a pregnancy, and escapes when it is revealed that she was not pregnant after all and also tried to poison Maria. She attempts to kill her accomplice before he turns her in, but falls from the apartment and is presumed dead.

During her absence, María and Luis Fernando get married. María gives away her newborn son, Fernando, while suffering a mental disorder. She reunited with him, now nicknamed "Nandito", fourteen years later. It is revealed that Soraya had not died, and was taken to the United States for a long recovery. She gets married with Oscar Montalban, and arranges a car accident to inherit his money. However, she must remain the stepmother of Oscar's daughter, the disabled Alicia, and keep her nanny Esperanza. She moves back to Mexico to resume her vengeance plots against María and Luis Fernando, but falls in love with Nandito. Infuriated when Nandito falls in love with Alicia instead, she attacks him and Esperanza, leaving him near death and causing her amnesia. She kills her mother Calixta and frames Nandito, but María takes the guilt and goes to prison. María is eventually declared innocent, but Soraya captures her and takes her to a wood cabin, with the intention to burn it down with María inside. María is rescued by Luis Fernando, but Soraya dies instead in the fire.

Soraya Montenegro is remembered as an archetypical example of a telenovela villain, famous for her overactings and overreactions. She stayed popular in the 2000s as many of her scenes became internet memes, even among teenagers that never watched that soap opera. One of the most famous scenes is when she discovered Nandito kissing Alicia, and started to attack everyone.

Itatí Cantoral played Soraya again in 2016, in a commercial for the fourth season of the Orange Is the New Black series. She appears as an inmate of the prison, mistreating the other inmates. The character was modified to fit the tone of the series, and became a convicted murderer. It was rumored that Cantoral would appear in commercials for further series in Netflix, but she denied those rumors.

Actress Daniela Luján played Soraya in a recreation of the scene where she attacks Nandito, Alicia and Esperanza, at the TV program Verdad o reto. Itatí Cantoral was present in the audience, and praised Luján's work. 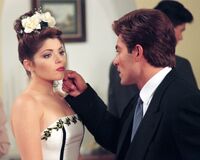 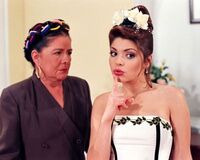 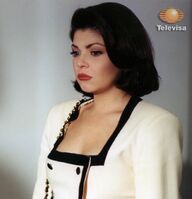 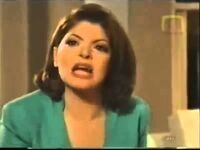 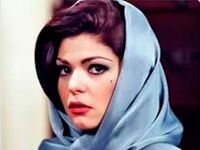 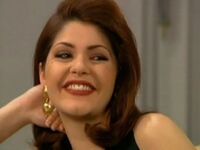 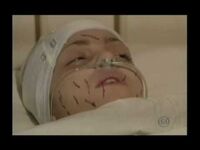 Add a photo to this gallery
Retrieved from "https://femalevillains.fandom.com/wiki/Soraya_Montenegro_(Mar%C3%ADa_la_del_Barrio)?oldid=204962"
Community content is available under CC-BY-SA unless otherwise noted.