The Female Villains Wiki
Register
Don't have an account?
Sign In
Advertisement
in: 1990s, Live Action Villainess, Brunette,
and 15 more

Sora (Renee Tenison) is an assassin in two episodes from 1998-1999 for the TV series "Mortal Kombat: Conquest".  She appeared in the episodes "Quan Chi" and "Flawed Victory".

Sora is one of three beautiful loyal servants of Quan Chi, the other two being Siann (Dana Hee) a light-skinned brunette woman, and Mika (Jaime Pressly) a light-skinned blonde woman.  They first appeared as lifeless corpses that were part of the Netherrealm.  Quan Chi used his powers of sorcery to allow them to have a living form.  The three were skilled fighters as well as masters of manipulation, and expert assassins.  Despite their loyalty, Quan Chi often mistreated the three and threatened to return them to their previous states if they failed or betrayed him.

The three girls performed many tasks for Quan Chi, making enemies out of Kung Lao, Taja and Siro, as well as Emperor Shao Kahn.

Sora was the weakest, hardly getting in any blows to her opponent and was easily incapacitated.  Despite the flaws with Mika and Sora, the three girls usually fight together, and they work as a seamless team. 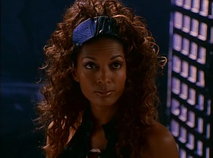 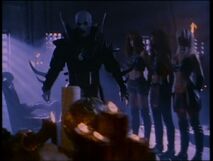 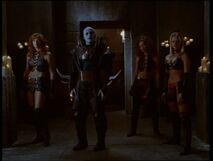 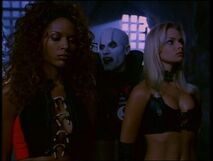 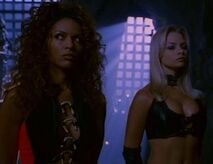 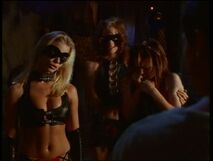 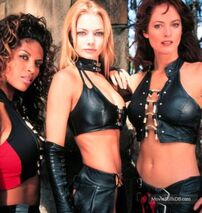