Sonja is a villainess henchwoman who works for the criminal syndicate known as KAOS.

Episode - Series 4:16 The day they raided Knights (First broadcast on the NBC network on the 11th of January 1969).

In this spy spoof comedy TV series, Maxwell Smart, bumbling operative for CONTROL, and his partner Agent 99, fight against "KAOS - the international organization of evil". KAOS uses a redemption store for trading stamps as a way to distribute weapons, the latest being a new stereophonic gun - 2 barrels 1 trigger! During a budget crisis at CONTROL, Agent 99 gets a second job there and discovers what's going on.

During the climactic fight, a gloating Sonja gets the drop on Smart and has her gun in his back. Agent 99, still strapped to the surf board she's been tied to by KAOS, comes up behind Sonja and crashes the board down onto the hapless KAOS agent's head, knocking down the stunned bad girl. Presumably she is arrested later with the other KAOS villains. 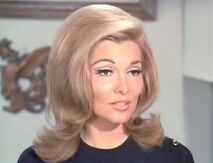 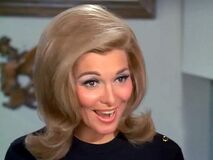 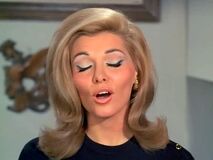 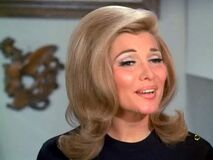 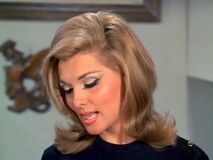 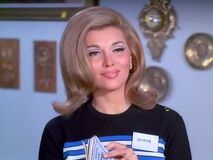 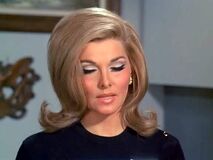 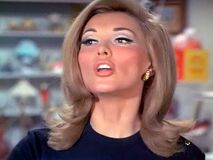 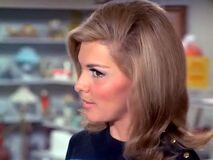 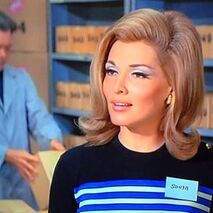 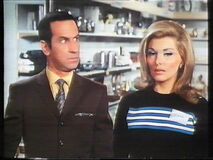 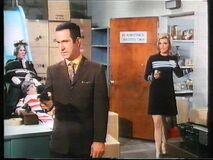 Sonja gets the drop on Max (Nancy Kovack and Don Adams) 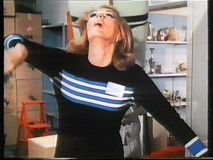 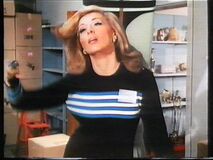 Sonja gets her final stroke... 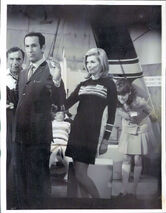 Some new aspects of her knockout... 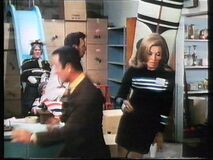 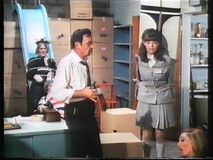 The EB is finally done - the good girl seems to by satisfy about...
Add a photo to this gallery

Retrieved from "https://femalevillains.fandom.com/wiki/Sonja_(Get_Smart)?oldid=189200"
Community content is available under CC-BY-SA unless otherwise noted.