Start a Wiki
watch 01:51
The Loop (TV)
Do you like this video?
Sombra (Carol Forman) is the evil villainess in the 1947 detective story "The Black Widow".

Sombra is posing as a fortune teller as a front for blackmail and espionage.  In reality she is the daughter of Asian despot Hitomu, who is plotting to conquer the world.  Sombra has been sent to spy for her father's interests.

Sombra's plan is to pilfer the atomic rocket motors by luring workers from the project to her parlor and killi them with black widow spider venum when they refuse to cooperate.

Hitomu has a mechanical spider that emerges from a seat in Sombra's parlor.  She uses this to poison her guests.

Sombra is also a master of disguise.  She has a strange latex mask with which she can rearrange her face to take on the appearance of any woman.  In one chapter of the story, she kidnaps Doctor Weston's secretary and Nurse McIntyre (Peggy Wynne) and takes her place.  In another, she replaces a female scietist.  Near the end of the chapter she even takes the place of the stories heroine, Joyce Winters (Virginia Lee).  Later she kidnaps Dr. Ann Curry (Virginia Carroll).

She has a cruel arrogance to her, and she gloats before the untimely deaths of her victims.

In the end, Sombra becomes a victim of her own mechanical spider.  As she is dying from the poison, she shoots and kills her own faithful henchman and lieutenant, Nick Ward. 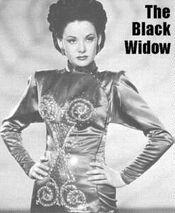 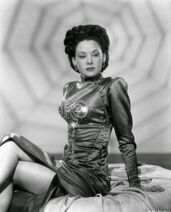 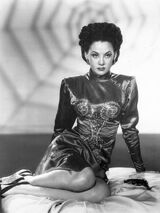 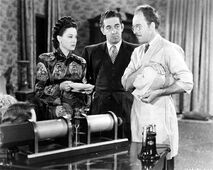 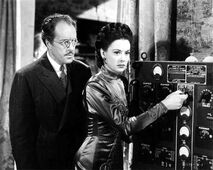 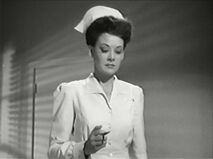 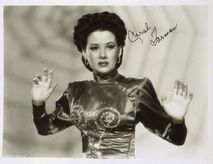 Retrieved from "https://femalevillains.fandom.com/wiki/Sombra_(The_Black_Widow)?oldid=192004"
Community content is available under CC-BY-SA unless otherwise noted.