Start a Wiki
watch 01:51
The Loop (TV)
Do you like this video?
Sofia Bronislavovna (Serafima Nizovskaya) is a secondary antagonist in the 2011 Russian TV series "The Fugitive".  She appeared in all sixteen episodes.

Sofia Bronislavovna poses as a nurse in a mental hospital.  In actuality she is the henchwoman for the head doctor of the Psychiatric Clinic, Dr. Anatoly Evgenievich Maretsky.

Together Maretsky and Sofia are killing patients.  After a number of mysterious murders occur througout the city, a journalist named Nedogonov enters the hospital to do some research.  This ends up nearly being his undoing, and he is lucky to escape, but is framed for the killings.  He now must attempt to find the real killer, while fleeing from both the bandits and the police. 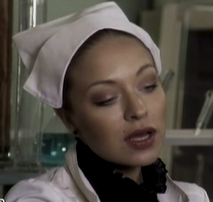 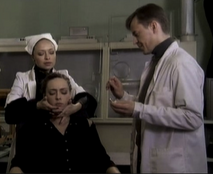 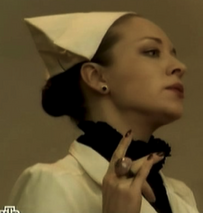 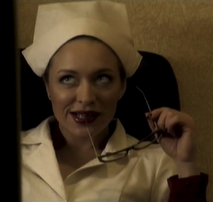 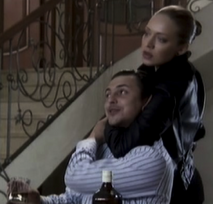 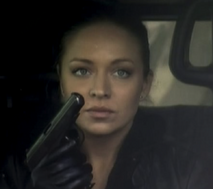 Add a photo to this gallery
Retrieved from "https://femalevillains.fandom.com/wiki/Sofia_Bronislavovna_(The_Fugitive)?oldid=127967"
Community content is available under CC-BY-SA unless otherwise noted.