Skipper (Kate Ferguson) is an alien abductor in the 1979 British sci-fi sex comedy film "Spaced Out".

Skipper is one of three female aliens who accidentally crash land on Earth.  They hide their presence by kidnapping 3 men and a woman who witness the crash, and plan to hold them until they can make reparis and leave.

The Skipper is the captain of the ship, which also includes Cosia (Glory Annen) the ships scientist and doctor, and Partha (Ava Cadell), who works the engines.

The female aliens are curious about the men species in particular, since this is their first encounter with them, coming from an all female planet.  They therefore, experiment with human reproductive techniques with the three men.

In the end, they return all the earthlings to Earth and release them, but convince Willy (Tony Maiden) to stay with them.  However, while Willy is having sex with The Skipper, the spaceship blows up, ending the movie and the lives of the lovely aliens. 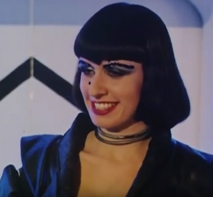 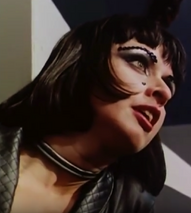 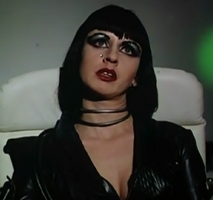 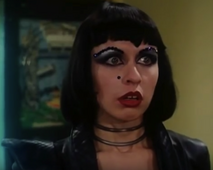 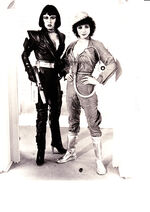 Add a photo to this gallery
Retrieved from "https://femalevillains.fandom.com/wiki/Skipper_(Spaced_Out)?oldid=194649"
Community content is available under CC-BY-SA unless otherwise noted.