Sivo is a cruel priestess of the jungle.  On the backs of her slaves she has built a golden temple to Lady Fata, that she plans to destroy Rulah.  The idol conists of three ladies entangled back to back, representing the past, present and future.

Sivo takes her men out in the jungle to find Rulah.  The two engage in a catfight with a knife.  Sivo is able to win the fight, and rather than kill her, she takes her in bondage back to the idol to be sacrificed.  Sivo tells Rulah, that after sacrificing her, her widom and courage will enter the idol.

Rulah was placed in the base of the idol and left in shackles to die the next morning.  While there, another prisoner was placed alongside her.  It was Timothy Pointer, one of Rulah's ex-boyfriend.

Rulah was able to knock out a guard and break free of the shackles.  When Sivo went in to check, another catfight took place.  Rulah was able to wrap the chains around Sivo's neck.  She was about to strangle her, when Timothy told her not to.  Instead, she directs the natives to take her to the borderline and free her, telling her not to return. 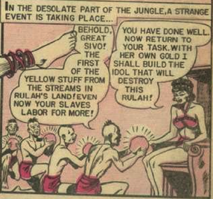 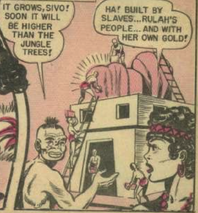 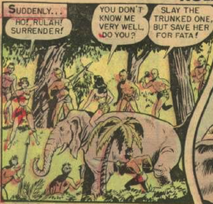 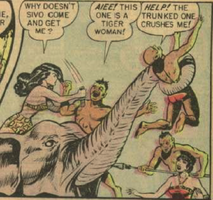 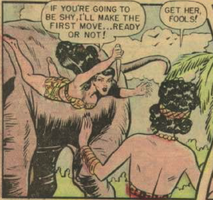 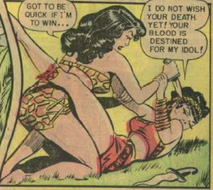 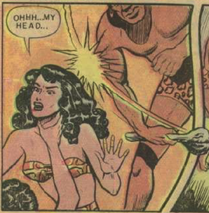 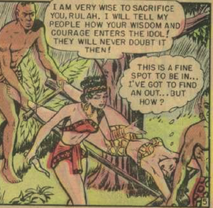 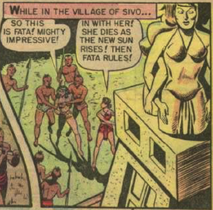 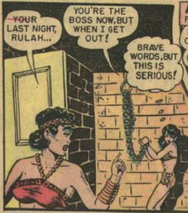 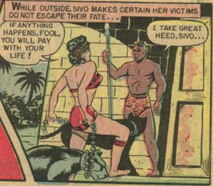 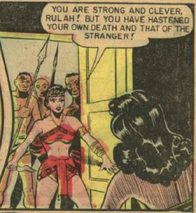 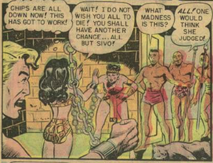 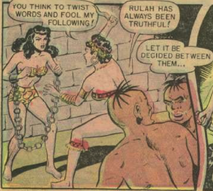 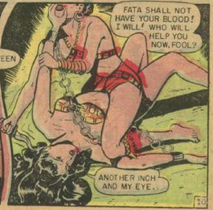 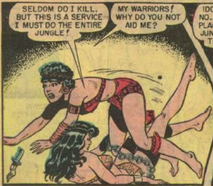 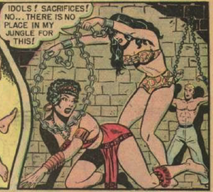 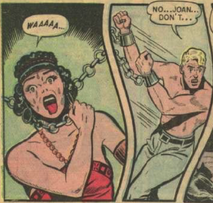 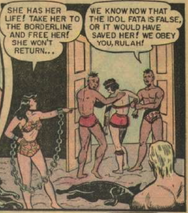 Add a photo to this gallery
Retrieved from "https://femalevillains.fandom.com/wiki/Sivo_(Rulah,_Jungle_Goddess)?oldid=155226"
Community content is available under CC-BY-SA unless otherwise noted.