Start a Wiki
watch 01:48
The Loop (TV)
Do you like this video?
Shirley Finnerty (Zoe Trilling) was a secondary antagonist in the 1994 horror film "Night of the Demons 2".

Shirley Finnerty was admitted at St. Rita's Academy on disciplinary grounds and was a rather spoiled teen.  She frequently turned down the rules and regulations of the academy.  Her interest was vested in teenage boys, whom she seduced to meet her requirements.  During her stay in the academy, she made friends with Terri (Christine Taylor) and Bibi (Cristi Harris) and came to know about the dreaded past of Melissa Franklin (Merle Kennedy) and Angela Franklin (Amelia Kinkade).

With Holloween closing in, Shirley devised a plan to prank Melissa and summon Angela from the Hull House.  Her plan was almost ruined by Sister Gloria (Jennifer Rhodes).

Shirley made a map of the route to Hull House and passed it to Kurt and Johnny.  However, due to Father Bob's cut loose of restrictions, she went to score her adventure.  She then stole Perry's book of demonology and lured the others, including Bibi, Terri, Melissa, Johnny and Kurt to Hull House with her boyfriend Rick.

Upon reaching Hull House, she shouted and tried to summon Angela and it eventually worked.  Shirley convinced the other party goers to explore the house.  They started to perform a demonic ritual on Melissa and a cat, beginning by spraying the room with an angramic symbol.  Later, she began to chant and recite the demonic verse.  However, it was revealed to be just a prank played by Shirley, to frighten the rest of the group.

During their journey back to St. Rita's Academy, it was determined that Shirley had taken Angela's lipstick from Bibi and was then possessed and assaulted by the lipstick inside the dormitory restroom.

She attacked Terri and kissed her to instill a demon inside her.  Shirley along with a possessed Rick and Angela, escorted Melissa to the Hull House to perform a sacrifice.  Shirley was then killed by Sister Gloria and Johnny with the help of some holy water, which burned her alive. 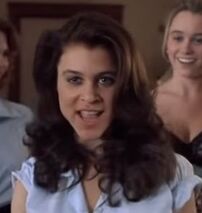 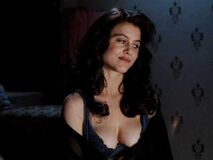 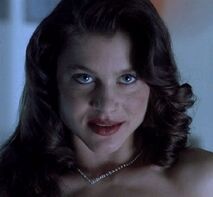 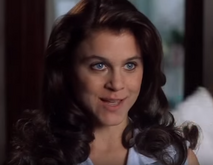 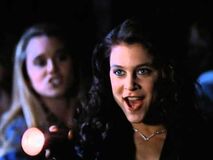 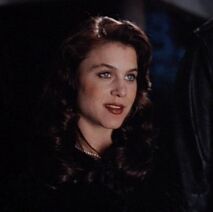 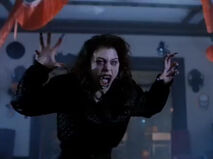 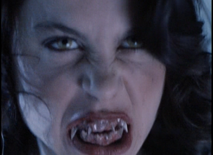 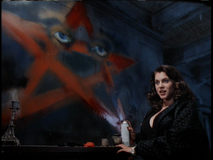 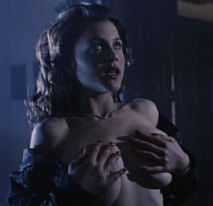 Add a photo to this gallery
Retrieved from "https://femalevillains.fandom.com/wiki/Shirley_Finnerty_(Night_of_the_Demons_2)?oldid=139241"
Community content is available under CC-BY-SA unless otherwise noted.