Start a Wiki
watch 01:48
The Loop (TV)
Do you like this video?
Sherry Landis (played by American actress Tane McClure) was a femme fatale and the film's main secondary antagonist. She is a mysterious beauty who sees a young couple, Jed (Tim Abell) and Sally Willis (Gabriella Hall), at one of the casino tables trying to raise money to pay a gambling debt. She is specifically attracted to the Jed as he is with her, upon making eye contact. When they are down on their luck, she offers them her hotel suite. The couple quickly accept and when they retire to the suite, Sherry follows them and as they make love she watches them with interest.

The next day when Jed and Sally loses the rest of the money, the two get into a fight resulting in Sally storming off. Sherry seeing this offers to pay $40,000 to spend the night with her. Desperate for the money Jed agrees, not telling Sally.

After the girl leaves she seduces Jed to get rough with her and he falls into her trap. Meanwhile Sally recieves a letter, sent by Sherry, informing of Jed's whereabouts in the casino.During Jed's intercourse with Sherry, Sally sees Jed's disloyalty and runs in embarrassment. She finds comfort in a handsome documentary's bed. By then she divorces Jed choosing to go with her new lover. Later Sherry reveals that the girl Jed chose, was hired by Sherry and that the nights she spend sleeping with him was a game. In addition Stan works for her and has now settled his bet.

Sherry seeing another couple decides to have fun again. 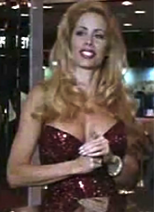 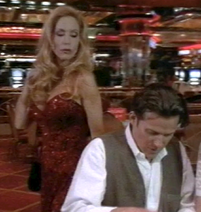 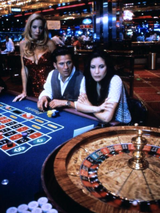 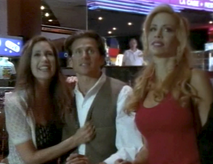 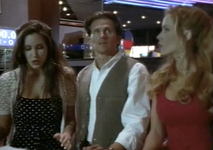 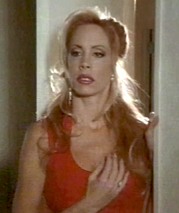 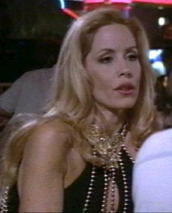 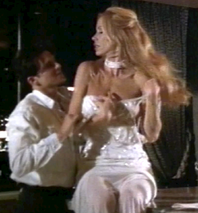 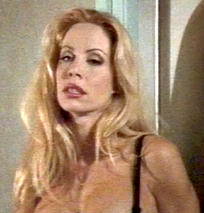 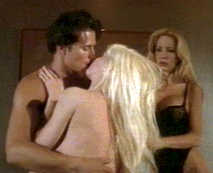 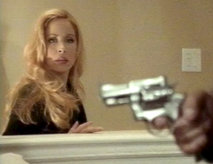 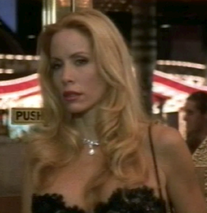 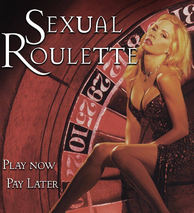 Add a photo to this gallery
Retrieved from "https://femalevillains.fandom.com/wiki/Sherry_Landis_(Sexual_Roulette)?oldid=177049"
Community content is available under CC-BY-SA unless otherwise noted.