Start a Wiki
watch 01:51
The Loop (TV)
Do you like this video?
Sherese (Nancy DeCarl) is an evil Empath in the 1979 episode, "The Plot to Kill a City", which was a two part episode in the TV series "Buck Rogers in the 25th Century".

Sherese was a part of a four member elite assassin team, known as the Legion of Death. They vow revenge and plot to destroy New Chicago. Each of the members of the group has a unique ability and power. Capt. William "Buck" Rogers assumes the identity of Raphael Argus, to try to infiltrate the team.

Sherese is an empath, who is almost telepathic on her ability of reading the emotions of other people. Dr. Elias Huer tells Buck that she is almost pathologically suspicious, so he needs to be very careful. She wears a brown leather outfit covered with rivets, and carries a laser gun.

Her team consists of Seton Kellogg (Frank Gorshin) who is the leader and a technological genius; Jolen Quince, a telekinetic who can move objects with the power of his mind; Marcos, who has superior strength and has had his nerve endings partially severed to reduce his ability to feel pain; and Varek, who is a mutant who can walk through solid matter.

When Buck arrives at the planet, he is greeted by Sherese who ambushes him by flipping him down. He uses his stun gun on her, which knocks her out on the ground. He is then engaged with the rest of the team of assassins who deem him worthy to be called a member. Still being a little suspicious, Sherese informs her that an old friend of his, Joelle Cameron is waiting to see him back at the hotel. Joelle was an ex-girlfriend of Buck's identity, Raphael Argus. When Joelle arrives, Buck plays it off that they were old friends, and Joelle goes along with this.

Later the suspicious Sherese learns that he is not who he says he is, and they capture Buck along with Joelle. Back at Seton Kellogs suite, they are confronted Barney Smith who has actually met the real Raphael Argus. Buck and Joelle are able to escape for a short time, but Buck is recaptured.

Therese threatens to inject him with a large needle, that she claims will only cause a lot of pain. Buck quickly comes up with another cover, by saying his identity is Aaron Wist, another assassin.

Joelle learns that the team of assassin's are planning to get rid of Buck, and she breaks him free. They escape by boarding the spaceship run by Barney Smith, who offed Buck in the first place. They depart for Earth.

Sherese and her team arrive on Earth and blackmail a technician to get them access to a regenerating plant. After getting inside the plant, Sherese shoots the technician with her stun gun, and takes out the controls. From there the assassins escape on spaceships with Buck and Wilma in hot pursuit. After Quince freezes Buck's controls, Wilma fires and takes out the ships containing Quince and Seton, but Sherese escapes.

At the end of the show, Buck asks Theo if he has had any luck tracking down Sherese, and says that she is probably half way to Acturus by now. Therefore, she escaped prosecution. 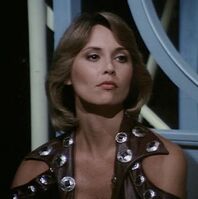 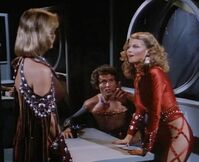 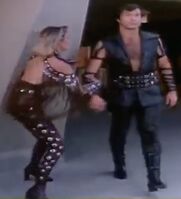 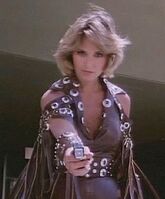 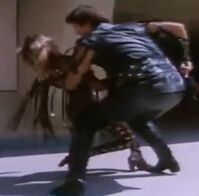 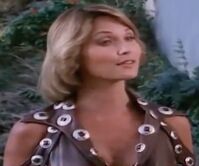 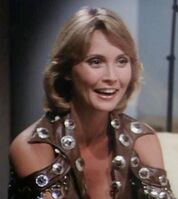 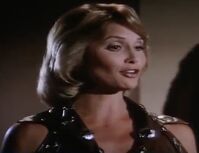 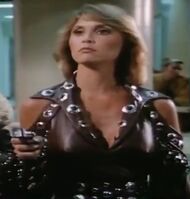 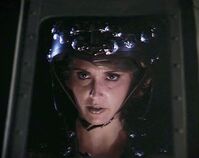 Add a photo to this gallery
Retrieved from "https://femalevillains.fandom.com/wiki/Sherese_(Buck_Rogers_in_the_25th_Century)?oldid=189904"
Community content is available under CC-BY-SA unless otherwise noted.