Sheila Lord is a black widow who killed her rich husband for money. At the beginning of the story, she was in court on suspicion of murder and the jury found her not guilty. She accepted congratulations and came home. Sheila destroyed all the photos and things of her late husband and began to live a very luxurious life. But after a few months she began to have nightmares. She dreamed how she was killing her late husband. Sheila decided to go to a psychiatrist. The doctor advised her to find a boyfriend for herself so that she could forget about the tragedy in her life. Sheila decided to start a new relationship . When she was driving on the road, she saw an attractive young man. She invited him to get into her car. She found out that his name was  Zach Darrow and  offered him the job of a chauffeur. A few weeks later they became to dating. After that, Zach got rich because his invention was taken to the factory. And soon Sheila received a letter stating that she had gone bankrupt. She began to seek financial support from her new husband. Over time, Zack began to change and become like her first husband, Harry. All the neighbors noticed that they began to gossip. She told Zack that he looked like Harry. Then Zack suggested that she go to nature so that she could feel better and she would stop being nervous. He took her to the very place in the mountains in which she pushed her first husband off a cliff. Sheila thought that fate gives her a sign and decided to kill Zack as her first husband. They came to the edge of the cliff, but at the last moment Sheila changed her mind. Since the police would be interested in the fact that the second husband also died as the first. Sheila tried to lead Zack off, then he lost his balance and fell. Dying in an accident. When the police arrived at the place of death they did not believe Sheila and they sent her to court again. Although this time she was not guilty. Sheila was found guilty at the trial. She went mad and began to see her husband, Harry, in all men. Therefore, she was sent to a psychiatric hospital.
She appears in the story "The Frenzy of Sheila Lord" in the comic The Beyond 5 1951 on page 11. 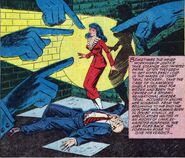 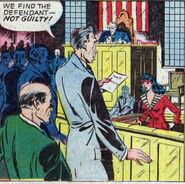 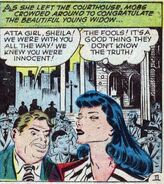 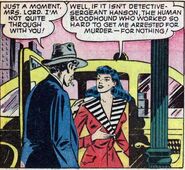 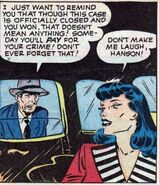 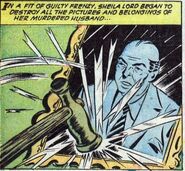 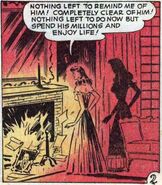 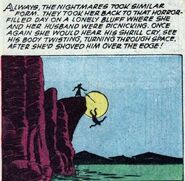 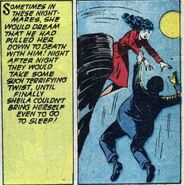 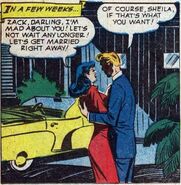 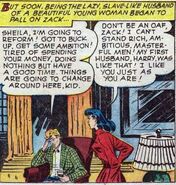 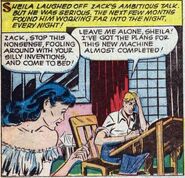 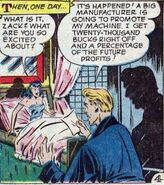 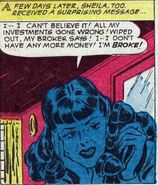 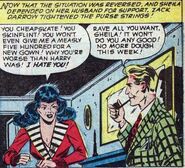 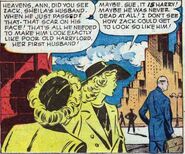 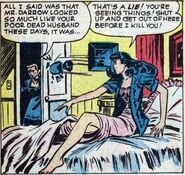 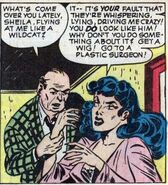 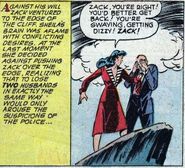 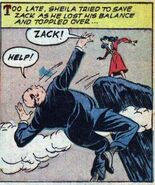 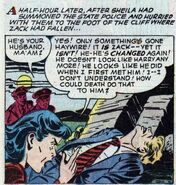 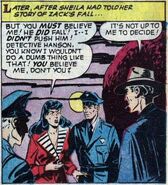 Add a photo to this gallery
Retrieved from "https://femalevillains.fandom.com/wiki/Sheila_Lord_(The_Beyond)?oldid=161343"
Community content is available under CC-BY-SA unless otherwise noted.