Start a Wiki
watch 04:10
The Loop (TV)
Do you like this video?
Samantha Dolan (Kerry McPherson) is the hidden villainess of "Assassins", episode 1.04 of Sue Thomas: F.B.Eye (airdate October 27, 2002). She was introduced as the owner of an imported goods store, and was revealed to have done business with terrorist assassin Hansen Dekker.

The episode had the FBI working to provide protection to former Afghanistan warlord Khahil Farid, who had left the Taliban to work with the government and was now the target of three assassins during his stay in D.C. After assassin James Blakemore is struck and killed by a car during a chase with Sue Thomas, she and Myles Leland were sent to talk with Samantha after Lucy Dotson discovered Hansen had paid for the plane tickets Blakemore and fellow assassin Clancy O'Fallon use to get to D.C. and that he had business with Samantha's store.

When questioned by the agents, Samantha claimed she had just been asked by Hansen to ship some items for him, which she believed to be swatches of cloth. But after the team received photos of Hansen from Interpol, Sue recognized a gold clasp on the purse of a woman in the background of the photo, with the woman being discovered to be Samantha. After being brought in by Sue and Myles for interrogation, Samantha apologized to Sue for lying about Hansen and revealed her true history with him: she had met him while traveling in Germany and they began a romantic relationship, but eventually was forced to leave him when he became abusive. Samantha also argued she had no knowledge about Hansen's work as an assassin and revealed that he'd called her two days prior, telling her that he was in D.C. and wanted to see her again.

After being promised immunity by Sue in exchange for her cooperation, Samantha agreed to set up a meeting with Hansen so the FBI could arrest him, being comforted by Sue (who she had developed a friendship with) before the meeting. The mission resulted in Hansen being arrested, with Samantha promising to call Sue to take her flying sometime (Samantha having revealed she was a pilot) before leaving. But later on, Sue confessed to Lucy that she had suspicions about Samantha, as her demeanor during her meeting with Hansen didn't correlate with her claims that he had abused her in the past and was deeply afraid of him. Using the data found on Blakemore's cell phone, Sue deduced that the code was hiding GPS coordinates and found that the assassins had been working in pairs in attempts to kill Khahil Farid, with their first plan failing when Blakemore was killed and O'Fallon was arrested in Baltimore before the plan commenced.

Sue's deduction also revealed that there was a fourth assassin they hadn't caught yet who was working with Hansen, with the GPS coordinates on his PDA showing the Hansen and his partner were planning to be positioned at the Bainbridge Hotel and the Kicks Spa & Club in an attempt to assassinate Khahil during his visit to a local restaurant. After realizing that the Kicks Spa & Club was a women's exclusive gym, the team realized the truth: Samantha was an assassin and Hansen's partner, and the team rushed to the restaurant to stop her from killing Khahil. As the team spread out to find Samantha as Khahil was being surrounded by reporters outside the restaurant, Sue noticed that Samantha was amongst the crowd, having hidden a pistol inside a news camera to kill Khahil undetected. Samantha was stopped in the nick of time when Bobby Manning pushed the camera away as Samantha hit the trigger, and was promptly afterwards arrested by Jack Hudson after sharing eye contact with a disappointed Sue. 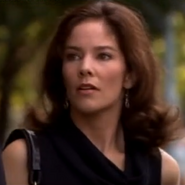 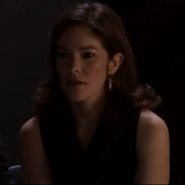 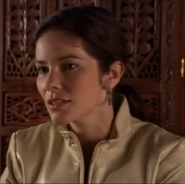 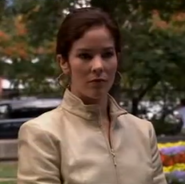 Samantha's arrest
Add a photo to this gallery
Retrieved from "https://femalevillains.fandom.com/wiki/Samantha_Dolan_(Sue_Thomas:_F.B.Eye)?oldid=169061"
Community content is available under CC-BY-SA unless otherwise noted.