Ceci Taylor's backstory revealed that at age 14, she was engaged in an illicit relationship with Heath Barron, a plastic surgeon. Ceci was Barron's second victim; his first was Moira (another teenager), and she was part of Barron's obsession with a female classmate he fancied. However, Barron killed Moira when she didn't meet his standards, and mainly focused on Ceci. When Ceci didn't meet his standards, though, he performed surgical procedures on her; his way of molding the perfect woman for him.

Ceci was very much in love with Barron, and went along with the procedures. Her name was changed to Sadie Parker, and during their relationship's progression, Sadie also became an accomplice to Barron's sexual assaults, as the couple would seek out various random women and drug them before the villainous couple raped them.

The very beginning of the episode showed Sadie making out with her and Barron's latest potential victim, 30-year-old Ava Purcell. Sadie was later shown consoling Ava when she didn't feel well, telling Ava that her boyfriend was a doctor. Ava believed that she would be helped, but she ended up raped by Barron and Sadie, after which she reported her assault to SVU. During her interview with Dominick Carisi, Sadie claimed that Ava was the aggressor, stating that she came on to her and Barron and used both of them. However, Carisi and Fin Tutuola's search of Barron's home uncovered a log of various women the couple assaulted, as well as video of Barron with an unconscious Ava, with Sadie smiling.

The couple was arrested, and during her interrogation, the evil Sadie continued her stance, while also lashing out at Olivia Benson and referring to her as a prude. The villainess was shown in a TV interview with Barron, as they vilified Ava as a prude looking for attention. That and the other victims falsely claming that they were part of a consensual three-way with the couple led to Ava changing her mind about filing charges. Barron's relationship with Ceci was uncovered by SVU, as well as a body found behind a wall, but it was revealed that the body was not Ceci. Nevertheless, Benson decided to bring in Sadie regarding Barron's role in a murder.

In response to Benson bringing up Ceci and her possible murder, Sadie again lashed out at Benson, stating that Barron was not a murderer and again accusing her of judging their lifestyle. She added that Benson wouldn't have any proof of the murder, and that statement led to a shocking revelation:  Sadie was actually Ceci Taylor, the woman who met Barron at age 14. The villainess denied the claim, but owned up to it after Benson detailed what Barron was doing to her, how he was literally molding her into his perfect woman. Sadie/Ceci stated that she loved Barron and that Barron loved her, only for Benson to question the latter part of her claim and plead with her to reveal the truth about Barron as part of a deal.

Sadie confessed to everything, including to Barron killing Moira (the body found behind the wall). Later on, Ceci reunited with her father, who teared up after seeing his daughter for the first time in years. Sadie/Ceci ended up arrested (off-screen) for her role in the various sexual assaults. 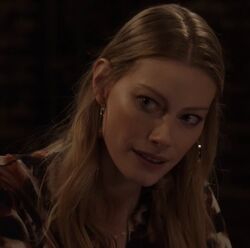 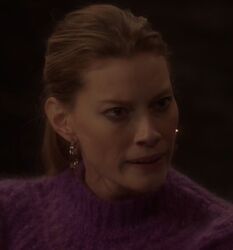 Add a photo to this gallery
Retrieved from "https://femalevillains.fandom.com/wiki/Sadie_Parker_(Law_%26_Order:_SVU)?oldid=196780"
Community content is available under CC-BY-SA unless otherwise noted.