Start a Wiki
watch 01:38
The Loop (TV)
Do you like this video?
Sabrina (Trisha Noble) was a secondary villainess in the 1979 episode "Cruse Ship to the Stars" for the TV series "Buck Rogers in the 25th Century".

Sabrina was sort of Jekyl and Hyde kind of character in the episode.  Buck Rogers (Gil Gerard) had been hired to protect the galactic beauty queen Miss Cosmos (Dorothy Stratten) aboard the cruise ship Lyran Queen.  An attempt of kidnapping had failed on Miss Cosmos, and it was up to Buck to protect her.

On board, Buck met a woman named Alison Michaels (Kimberly Beck), who was on vacation with her boyfriend Jailor Davin.  Alison was an really shy girl suffering from hyptertension and blackouts, and Jailor had brought her on the cruise ship for a vacation.

In addition, Buck met a mysterious woman named Sabrina, who possessed superhuman stength and psychokinetic powers who was attempting to abduct Miss Cosmos.

After considerable investigation, Buck discovered that Sabrina and Alison were the same person--a transmute who had the genetic ability to transform into a separate entity in times of emotional distress.  Jailor had been exploiting Sabrina's powers to that he could capture Miss Cosmos and sell her perfect genetics on the black market.

After saving Miss Cosmos from certain death by a laser, Sabrina and Alison were captured.  Alison was admitted to a clinic for psych scans, while all of Sabrina's powers were gone forever. 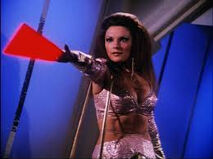 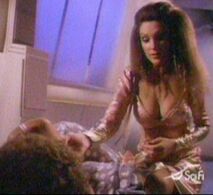 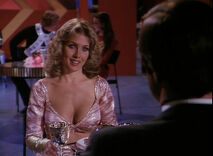 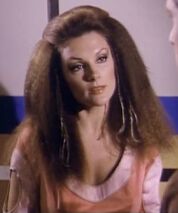 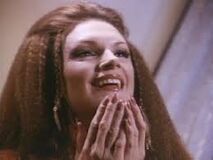 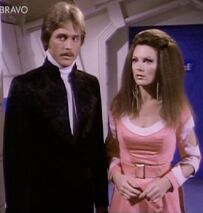 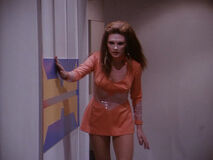 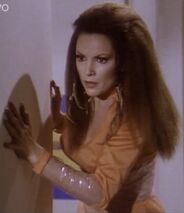 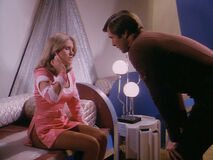 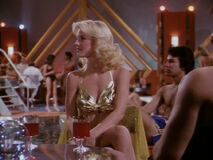 Add a photo to this gallery
Retrieved from "https://femalevillains.fandom.com/wiki/Sabrina_(Buck_Rogers_in_the_25th_Century)?oldid=199109"
Community content is available under CC-BY-SA unless otherwise noted.