Rosemary Taylor's backstory reveals that she engaged in a sexual relationship with Bill Spenser 30 years prior to the episode's events. After their tryst ended, Rosemary found out that she was pregnant with her daughter, Meg, and following this, Rosemary met and eventually married Jody Taylor; tricking him into marrying her by telling him that he was Meg's biological father. Since then, Rosemary became the lead reporter for a newspaper in Fairville, Texas, working alongside her daughter.

In the episode, Jessica Fletcher visited Fairville to attend her cousin Ann Owens' wedding to Bill. Rosemary had hoped that Bill would still show some interest in her, only for Bill to refer to their tryst as a "regrettable mistake" when they last spoke to each other. Rosemary turned heel in a fit of rage and began planning to murder her former lover, which included luring Bill to the cellar of the Owens home. Shortly after Bill arrived, the evil Rosemary killed him with a set of gardening shears, and later planted the blood-covered weapon into George Owens' room. The villainess attempted to frame George due to the fact that he killed Ann's previous husband 15 years prior; an act that was later revealed as self-defense.

Rosemary's reveal came when Jessica confronted her with the accusation that Meg committed the murder and planted the shears, knowing full well that the killer was Rosemary, who confessed. Rosemary was given away as the murderess when she mentioned the previous murder, bringing up a fridge being in the cellar, only for Jessica to point out that the fridge wasn't placed in the cellar until last month. Rosemary voiced her bitterness towards Bill after her confession, and was later arrested (off-screen). 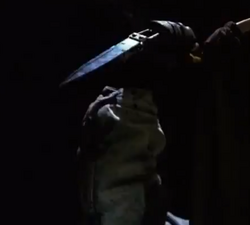 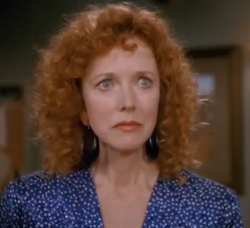 Rosemary during her reveal
Add a photo to this gallery
Retrieved from "https://femalevillains.fandom.com/wiki/Rosemary_Taylor_(Murder,_She_Wrote)?oldid=169537"
Community content is available under CC-BY-SA unless otherwise noted.