Start a Wiki
watch 01:48
The Loop (TV)
Do you like this video?
Rose Winters is a Berlin spy posing as a journalist, and is the main antagonist in the 2016 Dad's Army film. She is portrayed by Catherine Zeta-Jones. She is first seen visiting Walmington-on-Sea.

Rose Winters was from public school and was tutored by Wilson whom developed a crush on her but decided against it as he was older than her.

In the film Rose Winters claimed to have been from the Lady magazine who come to make a story about the Home Guard in effect boasting the moral of the platoon. However in reality she is really to find out if the base in Dover is really got Allied forces in so that the German High Command will know whether the Allies are going to invade Normandy or the Pas-de-Calais.

During the time with the platoon, Rose uses her age and woman charms on the platoon to get the information she wants as well as trying to get in their patrol near the Dover base, while their she gets undeniable proof when a force of tanks stationed there turned out to be balloons due to a high wind blowing all the tanks away. However, things go wrong for her with Frank Pike falling for her causing Vera Shilton to accidentally discover her radio set. When Rose held Vera at gunpoint, Vera destroyed the radio set forcing Rose to make drastic changes to her plan.

Rose now realising the Allies would be on to her as she cannot get out of the time as they have sealed off the town, signals for a U-boat to rescue her. Rose places all her radio equipment in Wilson's home so that he'll be implicated as the spy and tricks Mainwaring into believing her giving her time to meet up with the U-boat.

While waiting at the beach for the sub, Mainwaring having arrested Winston came to inform her. Only to be held at gunpoint by both Rose and the arrived Wehrmacht troopers. When Mainwaring sees Vers tied up to one of the ant-tank defenses at the beach and is going to drown as the tied came in. In the end however her plans are foiled by the combined efforts of the Home Guard and the  Auxiliary Territorial Service. Seeing that the battle is lost and the boat to the submarine destroyed Rose in desperation swims for the U-boat with Mainwaring after her. Rose in the end was subdued and arrested by MI5, foiling her plan and the Germans having no evidence of the Allied deception. 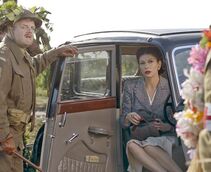 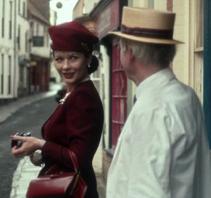 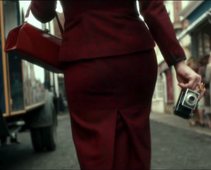 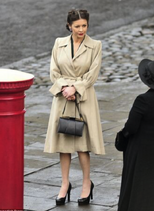 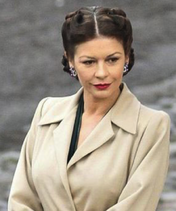 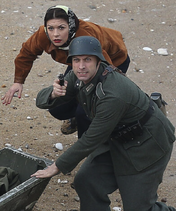 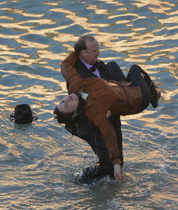 Add a photo to this gallery
Retrieved from "https://femalevillains.fandom.com/wiki/Rose_Winters_(Dad%27s_Army)?oldid=187019"
Community content is available under CC-BY-SA unless otherwise noted.