Start a Wiki
watch 04:10
The Loop (TV)
Do you like this video?
Regine Dandrige (Julie Carmen) was the main villainess from Fright Night Part II (1988). She was the evil vampiress sister of Jerry Dandrige (the first film's villain), and she was shown seductively posed on top of Charley Brewster's car, where Charley and his girlfriend, Alex, were making out--at least until Charley suddenly saw Regine in front of him. After seeing Regine and her vampire minions, Charley reports his discovery to Peter Vincent, leading to the duo appearing at a gathering at Regine's lair. Regine entrances Charley with a dance performance, where she displays her vampire fangs and other features, but they are led to believe that it's part of Regine's act as a performance artist.

However, Peter learns the truth when he noticed that Regine and her minion, Belle, don't cast a reflection in his mirror. As he storms out, he encounters Regine at the doorway, and does so again after running down a stairwell. After being held at bay by Peter's crucifix, Regine revealed herself as a vampiress and as Jerry Dandrige's sister, and she vowed to get her revenge on Peter and Charley, especially the latter.

Later on, the evil Regine appeared in Charley's apartment, and inserted her fangs into his neck. She would later plague Peter when she ended up replacing him as the host of "Fright Night," and Charley's attempt to kill Regine was halted when the villainess used her power over him to stop Charley. Peter also made an attempt to kill Regine, doing so at the set of "Fright Night," only to be arrested and committed.

After Charley and Alex are arrested by campus, Regine bails out the former and takes him to her lair, where she reveals her evil plan for Charley. She revealed that she turned him into a vampire because he'll live forever, and she will torture him forever as well. Regine is later encountered by Peter and Alex, with the evil vampiress commanding Charley to bite Alex. Instead, Charley kills Bozworth, one of Regine's minions, and later Belle, while Regine escaped to hide out in her coffin. However, she found that it was decorated in communion wafers, and after making a last attempt to control Charley, Regine is destroyed by the sunlight, which Peter deflects with a shard of glass. 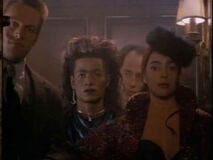 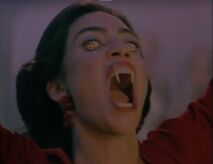 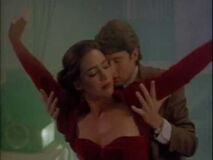 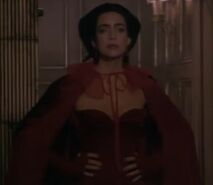 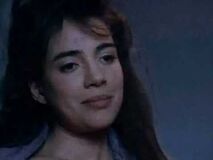 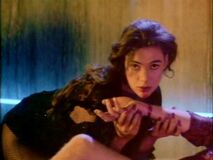 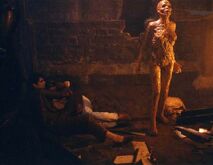 Add a photo to this gallery
Retrieved from "https://femalevillains.fandom.com/wiki/Regine_Dandrige_(Fright_Night_Part_II)?oldid=209931"
Community content is available under CC-BY-SA unless otherwise noted.