Rebecca Matacio (Elizabeth Sandifer) is a villainess in the 1997 episode "A Father's Image" of Walker, Texas Ranger.

Rebecca Matacio is the stepmother of a young boy named Nicholas Matacio who recently was separated from his maternal mother and sent to live with his Mafia boss father Salvatore Matacio.

Rebecca is seen as abeing none too pleased with the arrangement, arguing with Sal as to why "they have to have him around".  She wishes they could send him away, fearing he will come between her and Sal. Instead, Sal hires Bobbie Hunt (Tammy Lauren) to be Nicholas' live-in teacher.  Bobbie is in fact a newly-appointed 99th Ranger who is going undercover to collect evidence against Sal Matacio's criminal network.

Rebecca is jealous and highly suspicious of Bobbie, especially after witnessing Sal and Bobbie kiss. She becomes increasingly angry and begins following Bobbie around the vast Matacio mansion. Rebecca ends up catching Bobbie in the act of snooping around Sal's office, which is deemed off limits. Despite Bobbie's trespassing and Rebecca's pressuring, Sal refuses to dismiss Bobbie as Nicholas's teacher. When it is determined that Bobbie is a cop and her cover is blown. Rebecca seeks out Bobbie in the mansion and again confronts her, along with Nicholas in Sal's office as she is attempting to copy files off Sal's computer to collect as evidence of his mob dealings. The two quickly engage in a catfight and despite Rebecca's muscular toned frame, she is no match for the battle-tested skills of a Texas Ranger like Bobbie. She is knocked out cold after several hard punches to her face, leaving Bobbie to quip "Boy that felt good". 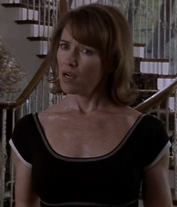 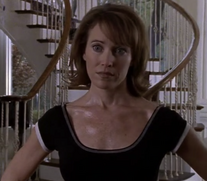 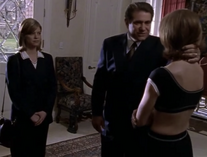 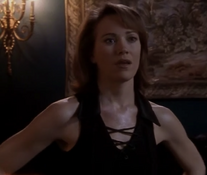 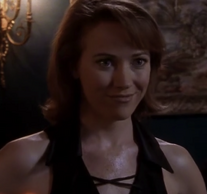 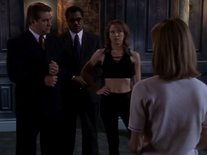 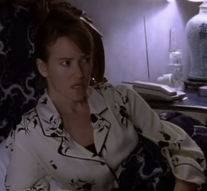 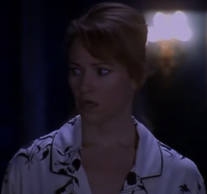 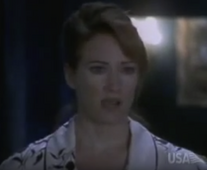 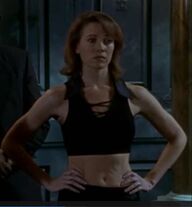 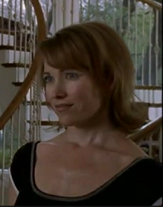 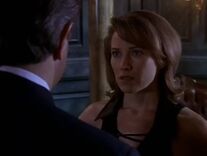 Add a photo to this gallery
Retrieved from "https://femalevillains.fandom.com/wiki/Rebecca_Matacio_(Walker,_Texas_Ranger)?oldid=197917"
Community content is available under CC-BY-SA unless otherwise noted.