Rebecca Carson was the wife of archaeologist Oliver Carson, who discovered Vyasa's Jade Elephant. Believing that the artifact was what led Oliver to leave her for a lounge singer named Lily, Rebecca killed her husband with the elephant. She then tried to sell it to collector Caspian Barnabas, but she killed him as well when he didn't pay her. Pete and Myka, who were transported to the setting of a 1940s detective noir novel, questioned Rebecca at her home, but it was at the bridge (where Barnabas' body was found by the duo) that Rebecca was revealed as the villainess.

Dressed in a trenchcoat and hat, the evil Rebecca fired an electric bolt at the pair, which struck Pete. She later appeared at the nightclub and held Lily hostage, but Pete and Myka arrived on the scene. Myka asked Anthony Bishop, who wrote the story they're in and was infatuated with Lily, if Rebecca was a real person trapped in the story just like herself and Pete. Bishop responded that Rebecca is a character (who he based on his mother-in-law), and after that, Myka killed Rebecca with a single gunshot.  After being shot, Rebecca fell over the railing of the staircase into a pile on the ground. 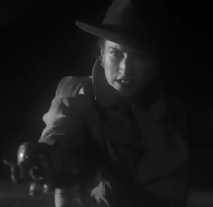 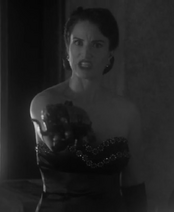 The evil Rebecca at the nightclub with the elephant 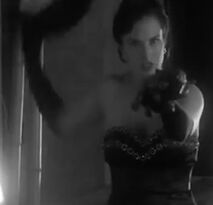 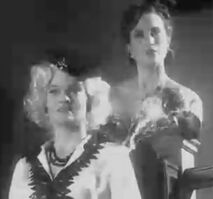 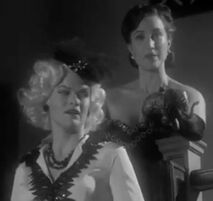 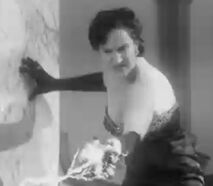 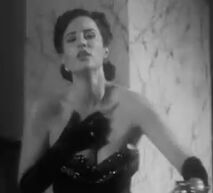 Rebecca deceased after being shot by Myka
Add a photo to this gallery
Retrieved from "https://femalevillains.fandom.com/wiki/Rebecca_Carson_(Warehouse_13)?oldid=199367"
Community content is available under CC-BY-SA unless otherwise noted.