Randa's slight backstory revealed that she was a shy and quiet girl from Georgia, who also had a heart condition. Sometime before the events of the episode, Randa received a heart transplant from legendary athlete Brick Holmes, who was actually an immortal Mayan known as Inyo. Inyo had lived for 900 years due to making a deal with the Mayan deity Cacao, which required him to perform bi-annual sacrifices to maintain his youth, until deciding to commit suicide just before the events.

Upon learning the truth about her donor, Randa habitually performed the sacrifices, while her personality changed from shy and quite to murderous and sadistic. She was shown seducing a man named Chick, before ripping out his heart and devouring it as part of the ritual. The murders brought Sam and Dean Winchester to the case, as they drove to Boulder, Colorado after learning about Brick's connection to the murders, as eight people had received his organs. Following their encounter with Eleanor Holmes (originally introduced as Brick's mother before being revealed as Betsy, his wife), the evil Randa appeared at Eleanor's home and warned her not to tell anyone about their shared connection.

After the brothers learned Eleanor's true identity, they were told about Randa by Eleanor, leading to them driving to a club where Randa worked as a stripper. It was there that they encountered the villainess, who also had fellow donors Paul Hayes and Jimmy Tong working for her. The henchmen fought off Sam and held Dean at bay, with Randa planning to take his heart and displaying her sadistic pleasure over killing Dean. However, Dean managed to break free thanks to Sam distracting Paul, allowing Dean to plunge a knife into Randa's heart. Not only was Randa killed, the other donors perished as well, as Brick's heart was the centerpiece of the deal with Cacao. 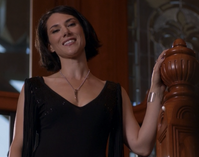 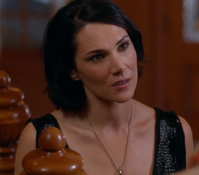 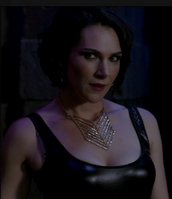 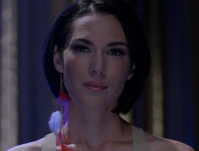 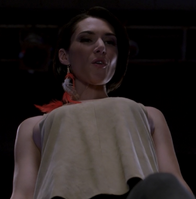 Retrieved from "https://femalevillains.fandom.com/wiki/Randa_Moreno_(Supernatural)?oldid=196335"
Community content is available under CC-BY-SA unless otherwise noted.