The Female Villains Wiki
Register
Don't have an account?
Sign In
Advertisement
in: 2010s, Attempted Murder, Axe,
and 20 more

Queen of Hearts (The Librarians)

The Queen of Hearts (Vanessa Vander Pluym) is a villainess from The Librarians. She appeared in Season Two's second episode, "And the Broken Staff" (airdate November 1, 2015).

Usually the main antagonist from Alice in Wonderland, the Queen of Hearts was released from the storybook by Prospero, the main antagonist of Season Two. The Queen encountered Eve and Jacob at the Library, and wielded an axe in her right hand at the pair. She repeatedly exclaimed her only line of dialogue: her trademark "Off with your heads!" catchphrase.

The maniacal madwoman chased Eve and Jacob throughout the Library, until she was finally thwarted by Eve, who tricked her to look into the looking glass and thus see her reflection. The Queen is immediately sent back to the storybook and disappears from the Library. 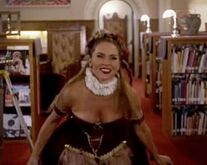 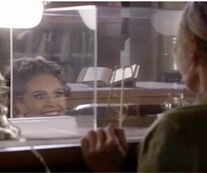 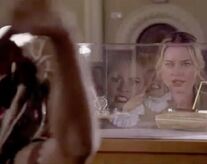 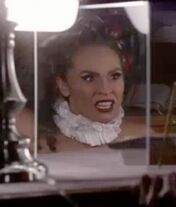 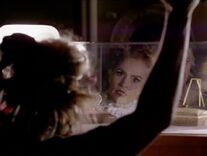