The evil Queen Tera is actually a princess and sorceress, who is put to death for her wickedness. The method of execution was to mummify by pouring embalming liquid down her nose. Then they cut off her hand with an axe and buried all of her evil relics with her. By making it so that her body was incomplete, then she would never be able to rise from the tomb to inflict her evilness. The hand is taken out of the tomb to be fed to the jackals. The priests finish the ceremony and seal up her tomb. However, the hand comes alive and kills the jackals, and then summons a sandstorm that rips out the throats of her murderous priests.

Fast forward many thousands of years to the future, and we have an expedition led by Professor Julian Fuchs (Andrew Keir), who locates the unmarked tomb of Tera. The team consists of Fuchs, Geoffrey Dandridge (Hugh Burden), Corbeck (James Villiers), Professor Kerrigan (George Coulouris) and Helen Dickerson (Rosalie Crutchley). The team is stunned to find that the body of Tera is perfectly preserved and looking no older than the day she was killed. In fact, the severed hand and her corpse still bleeds. She wears a brilliant jewel and metal headdress and top that barely contains her large heaving breasts. Tera puts them all under a spell, and I'm sure did the same to the audience as well. Each one of expeditions team takes one of her sacred items for safe keeping.

Fuchs is obsessed with Tera and takes her mummy and sarcophagus back to England, where he secretly recreates her tomb under his house. His daughter Margaret (who is also played by Valerie Leon), bears an uncanny resemblance to Tera, and in fact she was born in London at the same exact instant they recited Tera's name from her sarcophagus so many years before. However, Margaret's mother was taken during childbirth at the same moment the sarcophagus was opened.

Margaret begins having recurring nightmares where she sees Tera, and we the audience also notice that she has a red scar on her wrist. Fuchs gives her the old queen's ring and tells her to "wear it always." This only makes matters worse, as it allows Tera to possess her mind. In addition, Margaret begins to take on many of Tera's characteristics. Queen Tera's evil power begins to tempt Margaret, as she learns how she's feared by her father's former colleagues. One by one, Margaret begins to take back the artifacts that the team took at the site, as Tera begins to inflict her wrath. Tera becomes more and more powerful and complete.

Margaret notices a man lurking in the vacant building across the street. He is Corbeck (Villiers), an expedition member who's now her father's rival. Corbeck wants to restore Tera to life and he persuades Margaret to help him gather the missing relics. The problem is, each time one is given up the person who'd held it dies.

When they have all the relics, Corbeck, Margaret and Fuchs begin the ancient ritual to reawaken Tera.

At the last moment Fuchs learns that the queen's revival will mean Margaret's death. Together Fuchs and Margaret overpower and kill Corbeck, as the house quakes above them. Queen Tera awakens and kills Fuchs, but not before Margaret stabs her. Margaret and Tera are grappling over an ancient dagger when the house finally collapses on them.

Later in the hospital, we see a woman whose face is wrapped in bandages. We're told she's the sole survivor, and that all the others in the Professor's basement were "crushed beyond recognition." The bandaged woman slowly opens her eyes and struggles to speak. The audience is left to guess whether she is Margaret Fuchs or Queen Tera. 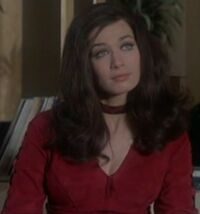 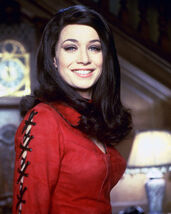 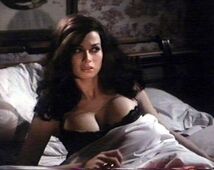 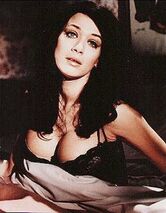 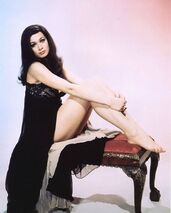 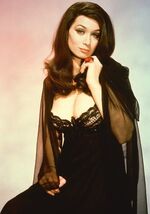 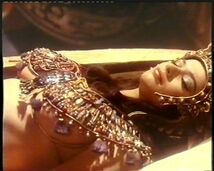 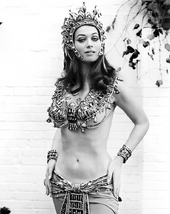 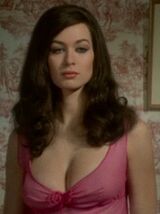 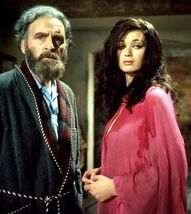 Add a photo to this gallery
Retrieved from "https://femalevillains.fandom.com/wiki/Queen_Tera/Margaret_Fuchs_(Blood_From_the_Mummy%27s_Tomb)?oldid=133762"
Community content is available under CC-BY-SA unless otherwise noted.