Start a Wiki
watch 01:51
The Loop (TV)
Do you like this video?
Queen Taliade, played by Claudie Lange, is the characteristic peplum evil queen in the 1964 movie The Invincible Brothers

Prince Akim (Anthony Steffen) and his fiancée Jhana (Ursula Davis) are building a temple for the gods, assisted by the Maciste brothers. However Queen Taliade orders her henchmen, the leopard-men, to abduct Jhana so as to draw the prince to her subterranean realm in order to marry him.

The Maciste brothers follow the abductors and locate the watery entrance to Taliade’s subterranean realm. One of the brothers (Iloosh Khoshabe) goes back to tell the prince of the abduction of his fiancée, whilst the second Maciste (Mario Novelli) is captured in a cage-like trap and then drawn in to the subterranean kingdom, where he is made to drink a potion that constrains him to obey the queen.

Maciste becomes the queen’s new favourite; however her old favourite asks for the chance to win back his status by fighting Maciste. The queen enjoys the fight and she punishes the defeat of her old favourite by having him tied to a mill that, if stopped, would result in the destruction of the kingdom.

is then led into Queen Taliade’s realm, where she offers to free his fiancée and the slaves in return for his marriage to her. The prince reluctantly agrees to the request; however as the ceremony is to be celebrated the second Maciste brother enters the queen's realm. The queen is warned by her henchmen, and she sends the first Maciste to stop the intruder. The Maciste thrall to the queen wins the confrontation and the queen, who is watching through a magical TV-like apparatus, sees that all is well and orders the resumption of the marriage ceremony. In the meantime however, a former favourite of the queen who is in love with the first Maciste acquires a counter-potion that frees the hero from the enchantment. At this point both brothers fight and defeat the leopoard-men at the entrance to the cavernous realm. One brother then operates the mill to ensure that the subterranean realm does not collapse with the prince and his fiancée in it, whilst the other descends into the caves to free the couple.

The first Maciste defeats the leopard-men in the cave and liberates the slaves. As soon as she sees that her men are being defeated, Queen Taliade tries to escape; however she falls victim to the cage-like trap that had captured Maciste. However, this time there is no one to stop the mechanism, and and the metal spikes that are part of the trap skewer the queen.

Queen Taliade walking to her throne 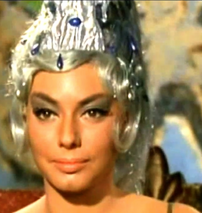 Maciste is to invader her realm

Taliade, Jhana and her soon to be former favourite 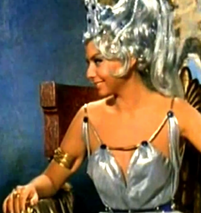 Queen Taliade (right) and Jhana after the abduction

Taliade laughs as she dismisses her old favourite 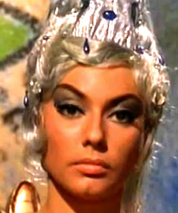 Taliade and her old favourite before his defeat to Maciste 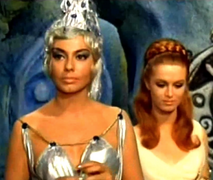 Watching on as Maciste and old favourite fight 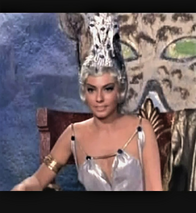 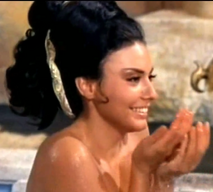 Bathing in front of Maciste 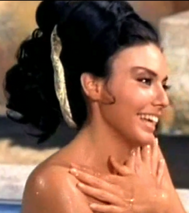 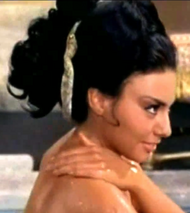 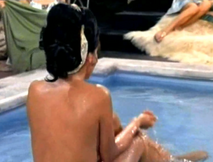 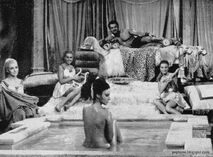 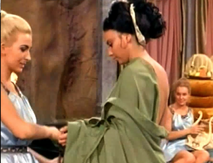 gazing at the object of her desire, ultimately the cause of her demise 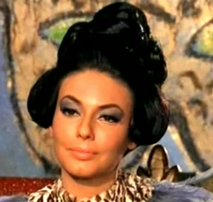 The prince is brought to her 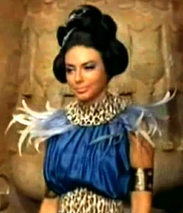 She really wants the prince 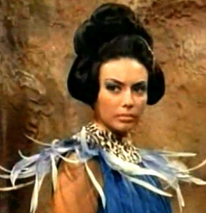 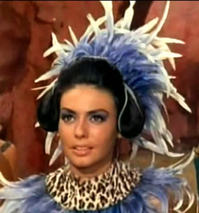 gazing at the prince during the ceremony 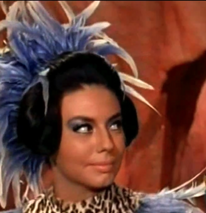 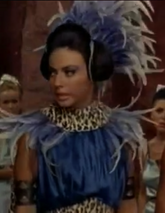 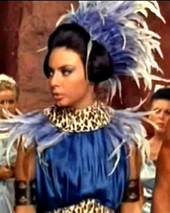 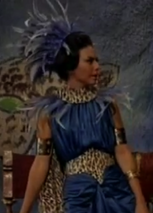 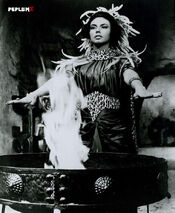 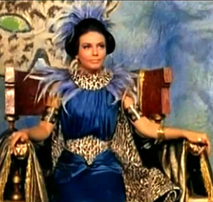 All's well. The first Maciste stops the second, or so she thinks

Ready to escape as her followers die for her 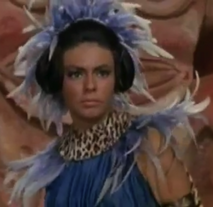 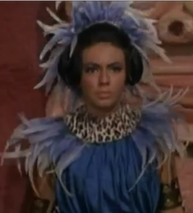 Her minions fight for her. She escapes 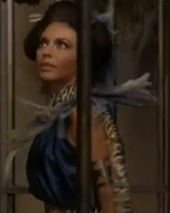 The spikes descend upon her 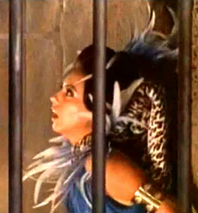 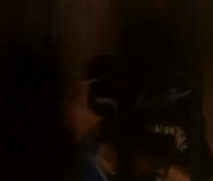 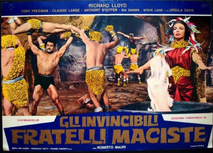 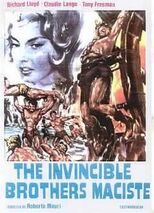 Movie Poster: Queen Taliade on the left (in red dress) and right
Add a photo to this gallery
Retrieved from "https://femalevillains.fandom.com/wiki/Queen_Taliade_(The_Invincible_Brothers_Maciste)?oldid=146238"
Community content is available under CC-BY-SA unless otherwise noted.