Start a Wiki
watch 01:50
The Loop (TV)
Do you like this video?
Queen Omphale (Sylvia Lopez) is one of the major villains in the 1959 Peplum film, Hercules Unchained, which was originally named Ercole e la Regina di Lidia.

Queen Omphale is the evil Queen of Lydia. She administers a potion to men from a magic spring she is keeper of. Those who drink from it, fall madly in love with her. She is much like a black widow, in that once she is tired of each lover, she has her henchmen bring her a new one. The previous lover is killed and then embalmed by her Egyptian servants and put on display as morbid pieces of statuary.

However, the queen gets more than she bargained for when she has Hercules (Steve Reeves) captured by her soldiers and brought to her. Whilst the hero falls victim to the potion Omphale falls in love with him.

Eventually the hero is freed from the effects of the potion and he leaves Omphale’s palace. The queen orders her men to stop Hercules but they fail. Omphale is heartbroken and she throws herself over the edge of a high precipice, plunging into the hot liquid of the embalming vat, comitting suicide. 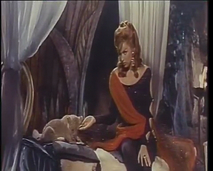 about to throw away another lover 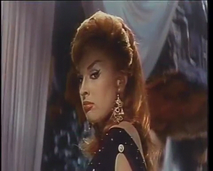 I'm done with you 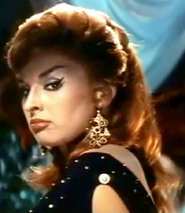 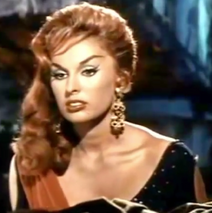 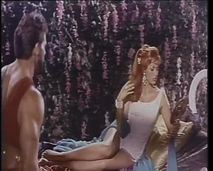 making herself beautiful for Hercules 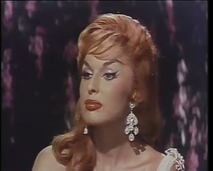 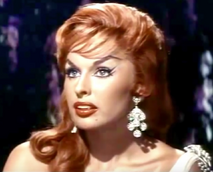 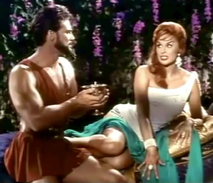 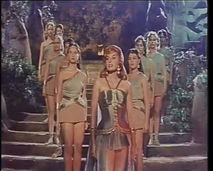 The embalmers show her their work 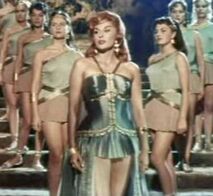 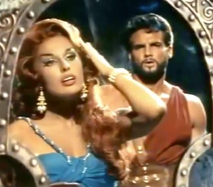 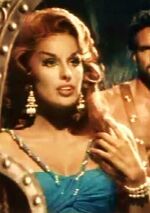 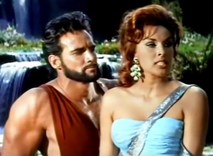 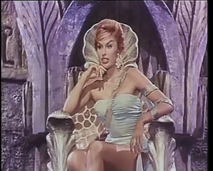 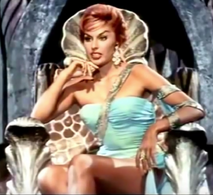 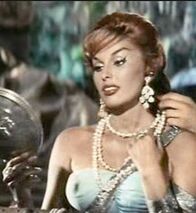 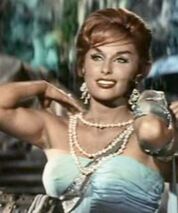 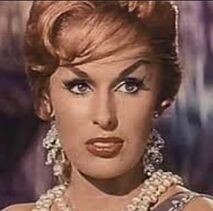 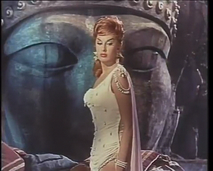 Faced with the prospect of losing Hercules 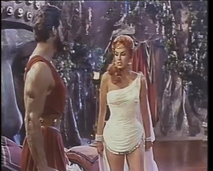 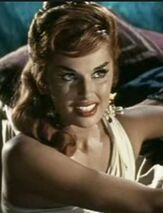 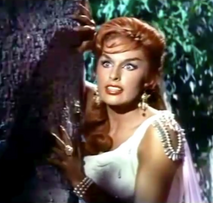 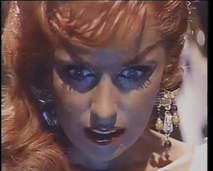 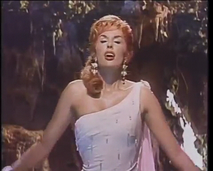 about to throw herself into the boiling liquid 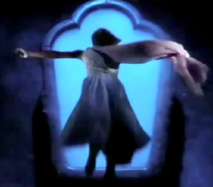 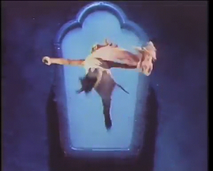 It's over for Queen Omphale 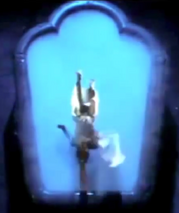 Add a photo to this gallery
Retrieved from "https://femalevillains.fandom.com/wiki/Queen_Omphale_(Hercules_Unchained)?oldid=182862"
Community content is available under CC-BY-SA unless otherwise noted.