Start a Wiki
watch 01:48
The Loop (TV)
Do you like this video?
Queen Medusa (Francine York) was an antagonist in three 1979 episodes for the TV series "Jason of Star Command".

Queen Medusa is the ruler of planet Arcos, and an ally of Dragos (Sid Haig).  In the first episode, "Web of the Star Witch", she captures Jason (Craig Littler) and offers him vast wealth and power to join her evil crusade.  Jason refuses her offer and is able to escape her evil clutches along with Samantha (Tamara Dobson).

In the second episode, "Little Girl Lost", Jason comes upon a little girl named Heidi (Heather O'Connell) on a planet.  They take her back to their ship.

Here Queen Medusa meets up with Dragos once more, and they plan their next move against Space Academy and Jason of Star Command.

In the third episode, "Mimi's Secret", Heidi stows away in Queen Medusa's spaceship.  She does this because it is said that Medusa has captured her father, Professor Van Diemen.  Heidi has a doll named Mimi with her that takes a life of it's own.  Hidden in the doll are secrets that everyone is after.

Medusa took Heidi to a planet and was followed by Jason and the Star Commander.  In one sequence, Medusa shot her sceptor at Jason, and he was able to reflect the beam back at her using a rock.  As a result, Medusa was stunned.  She remained motionless and frozen as Jason was able to rescue Heidi and her father.  Medusa was left frozen, and Jason commented that she will have to plead with Dragos to take her back.  This is the last we see of Queen Medusa, so we don't know what her fate is.

In the series Queen Medusa wore a skin tight purple fullbody leotard.  She had a crown and a scepter that she zapped people with. 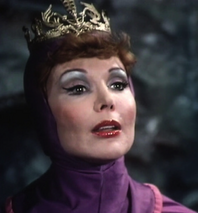 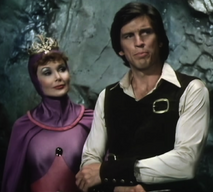 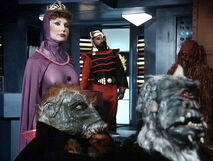 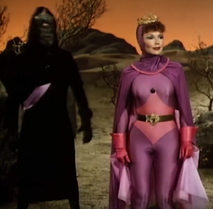 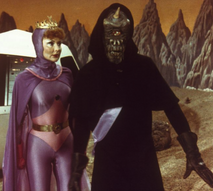 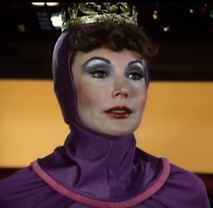 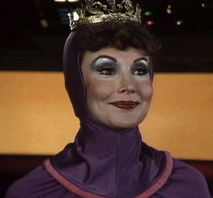 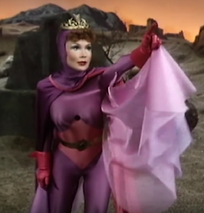 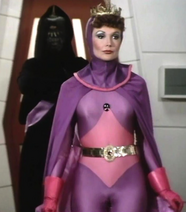 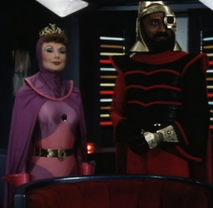 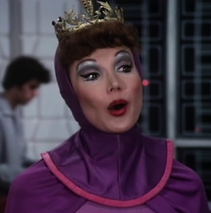 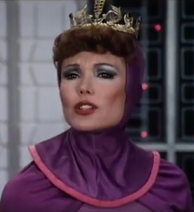 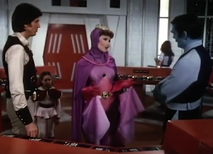 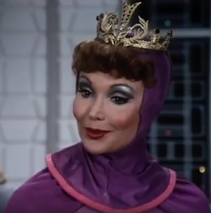 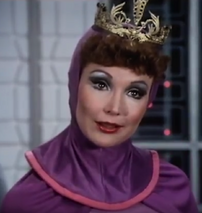 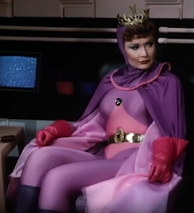 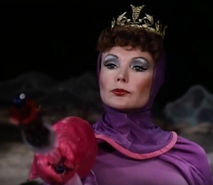 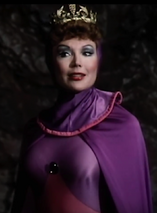 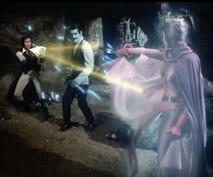 Add a photo to this gallery
Retrieved from "https://femalevillains.fandom.com/wiki/Queen_Medusa_(Jason_of_Star_Command)?oldid=190163"
Community content is available under CC-BY-SA unless otherwise noted.