Queen Halis Mojab (Moira Orfei) is the evil queen in the 1961 Peplum film "Mole Men Against the Son of Hercules".

Maciste (Mark Forest), the son of Hercules, allows himself to be captured along with his new friend Bangor (Paul Wynter) by a mysterious band of white-clad marauders. They are taken to an underground city, where they are forced to help turn an enormous wheel along with other captives for a gold and diamond mining operation.

The underground city is ruled by Queen Halis Mojab, who immediately takes an interest in the muscular Maciste. She eventually chooses him to be her consort if he can meet such challenges as saving the kidnapped Princess Sailura (Rafaela Carra) from a gigantic ape. Maciste kills the ape, and then carries Sailur back to the aboveground, where the white-clad marauders are unable to follow. It seems that if they are caught in the sunlight they instantly dissolve.

Maciste returns to the underground city to save the other captives. The High Priest Kahab (Enrico Glori), informs his son, Katar (Gianni Garko), that their queen was not one of them. She had been kidnapped as a small child. He is told if he can marry her, their children would be normal and can live above ground.

As Katar and Queen Halis Mojab escape into the aboveground, Katar dissolves. Halis however, survives. She later dies in the arms of Maciste. 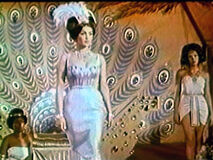 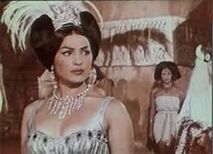 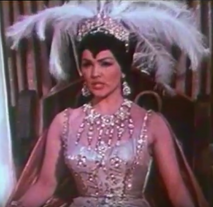 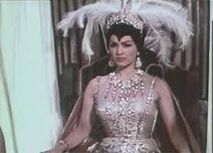 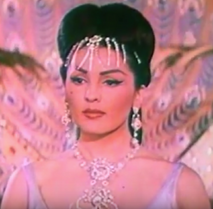 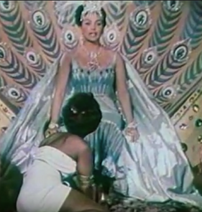 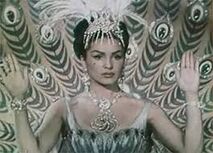 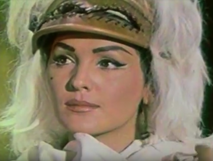 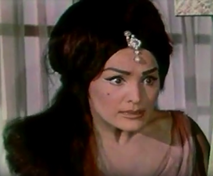 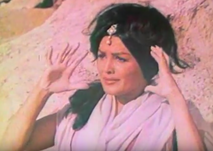 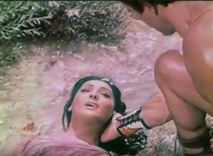 Add a photo to this gallery
Retrieved from "https://femalevillains.fandom.com/wiki/Queen_Halis_Mojab_(Mole_Men_Against_the_Son_of_Hercules)?oldid=186928"
Community content is available under CC-BY-SA unless otherwise noted.