The Female Villains Wiki
Register
Don't have an account?
Sign In
Advertisement
in: 1980s, Boots, Brunette,
and 33 more

Queen Gedren was a power hungry monarch who tried to seduce Red Sonja (Brigitte Nielsen).  As a result, Sonja scarred her face.  In retaliation, Gedren ordered Sonja's family massacred, had her soldiers rape Sonja, and set her house on fire.  Sonja survived the assault, and was visited by a spirit who granted her the strength to seek vengeance against Gedren.

Gedren later raided a temple with her aide-de-camp Ikol (Ronald Lacey), to steal a talisman and harness its power.  The talisman was in the process of being destroyed by priestesses before it became too powerful to control, but Gedren's army murdered them.  While the surviving priestess were imprisoned, Gedren ordered the talisman relocated, but not proving the myth that only women could touch the talisman and survive.  In the process, Sonja's sister Varna was fatally wounded by Gedren's army.  However, she was found by Lord Kalidor (Arnold Schwarzenegger), who took her to Sonja and explained that the talisman needed to be destroyed.

Gedren increased the talisman's power by placing it in a room full of candles.  Gedren's wizard showed her that Sonja, along with young prince Tam and his aid Falkon, were approaching.  Gedren, recognizing Sonja, ordered her brought to the fortress unharmed.  Using the talisman, Gedren conjured a storm that forced Sonja and her band to seek refuge in a cavern, and then unleashed a metalic monster to attack them.  The band escaped unharmed, however, with the help from Lord Kalidor.

While Prince Tarn defeated Ikol, Sonja confronted Gedren in her palace.  Sonja reminded Gedren that she had murdered her family.  Gedren disregarded the death of Sonja's family and engaged her in a swordfight.  During their duel, the talisman's power caused the floor of the castle to rip open, revealing a chasm of molten lava. Sonja forced Gedren against the chasm and finally impaled her with her sword, casting both the queen and the talisman into the molten lava. 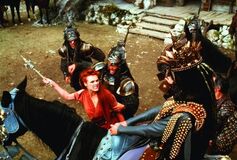 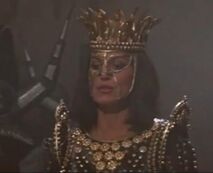 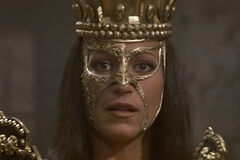 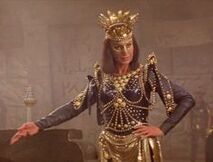 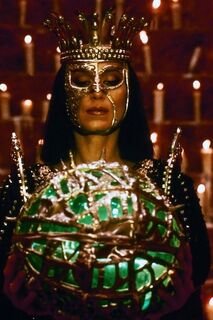 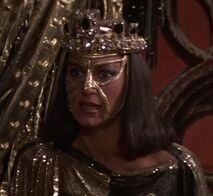 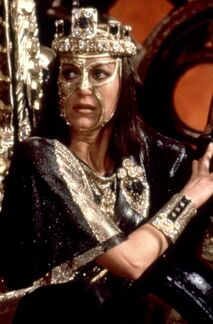 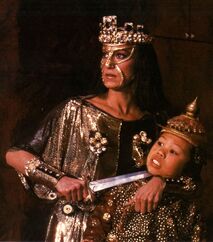 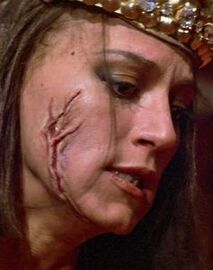 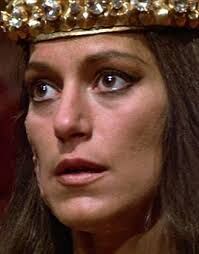 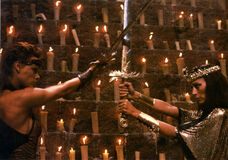