Start a Wiki
watch 01:48
The Loop (TV)
Do you like this video?
Queen Adastrea (Lorena Velazquez) is the main antagonist in the 1965 Mexican sci-fi film “El Planeta de las Mujeres Invasoras”, which is translated as the “Planet of the Women Invaders”.

Adastrea is the evil queen of Sibila. Sibila is a planet of eternal daylight, and the visitors must wear special visors (which look like clear welders' masks) or they will go blind within minutes. The planet is inhabited by an Amazonian race of heartless women ruled by Adastrea. Their intention is to harvest Earth peoples’ lungs so that the aliens can survive in Earth’s hostile atmosphere, thus making it easier for them to invade and take over. Adastrea has a twin sister, Alburnia (also played by Lorena Velazquez), who is good. Adastrea does not want harm her twin, due to an ancient belief that twins share the same soul and if one dies, so does the other.

A flying saucer lands near an amusement park. Two attractive alien women, Martesia (Elizabeth Campbell), and her partner Eritrea (Maura Monti) leave the ship and enter a space ride called “To the Moon”, which coincidentally looks exactly like their saucer. They kill the two operators of the ride with their ray guns, and then substitute their ship for the fake one.

The next night, a number of people board the ship, thinking it is part of the carnival. Included in the passengers are a man (Aaron Hernán), his wife (Graciela Doring), and their young son; Marcos Godoy (Rogelio Guerra), a boxer and his friend Silvia (Adriana Roel); a fat man (Alvarez Bianchi); and Toño (Raul Ramirez), a crooked gambler whom Marcos has just double-crossed, and his two henchmen Beto (Jose Chavez Trowe) and Ramón (Enrique Ramirez). Martesia and Eritrea are clearly having some difficulty breathing. The "ride" begins, but as it turns out, the flying saucer is real. The two women aliens tell their unwilling guests that they are being taken to the planet Sibila. The gangsters threaten the women, who use their ray guns to dissuade them.

Meanwhile, Marcos' friend Taquito (Jose Angel Espinosa) tells scientist Daniel Wolf (Guillermo Murray) what happened. Wolf uses a tracking device to follow the flight of the saucer to Sibila. A rocket is prepared so that they can follow.

The rest of the captives are taken to their quarters and the Queen uses screens in their rooms to tell them they are her slaves. Every room and corridor is monitored by video big brother type surveillance.

When Ramón, one of Toño's men, is killed by the Sibilan guards, his body is used for an experiment. Similarly, when Beto tries to escape, goes blind in the sunlight, and is brought back, his body is used for Adastrea's evil plot. Adastrea wants to invade Earth, but Sibilans can only breath Earth's atmosphere for a day, before they eventually collapse and die. Using Ramón and Beto's lungs, the women scientists create temporary adapters.

Alburnia who wants to help the Earthlings, sends Fitia (Monica Miguel), one of her trusted aides, to earth with a message for Wolf. When Martesia overhears Alburnia’s plot, she informs Adastrea. Adastrea sends Martesia and Eritrea to follow in another saucer and locate Fitia. When Fitia realizes that Martesia and Eritrea are on to her, she hides in the trunk of Wolf’s car. When Wolf finds Fitia, she is dying of breathing the Earth's atmosphere for too long. Wolf and Taquito blast off for Sibila taking the now weakened Fitia.

Eritrea and Martesia stay on Earth and report to Adastrea that their adapters worked only for a few days. The evil queen has the little boy examined in her lab, and finds that children's lungs are better suited for adapters. Adastrea has a ray cannon that sends a beam to earth (bouncing it off a satellite) which kills only adults. They use it on the teachers at a grade school, and Martesia and Eritrea kidnap a bunch of children and take them to their saucer.

Wolf and Taquito arrive on Sibila and pretend to be escaped criminals who want to work with Adastrea. Toño, meanwhile, has really gone over to her side. The good Earthlings help Alburnia switch places with Adastrea, thus gaining control of the ray cannon.

Wolf and Alburnia use the death ray to blast Eritrea and Martesia in their space ship, freeing the children. He then wipes out all of Adastrea's women soldiers. On their way to Wolf's spaceship to return to earth, Adastrea tries to regain the upper hand. Toño shoots Alburnia, but, when she dies, her evil twin also perishes. Wolf and his friends blast off for home. 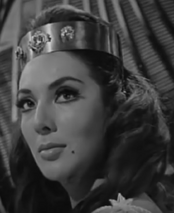 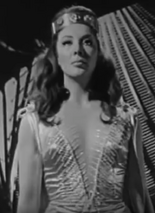 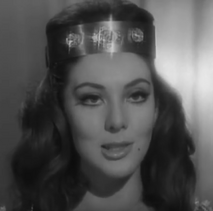 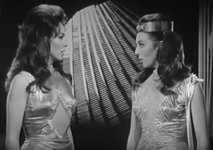 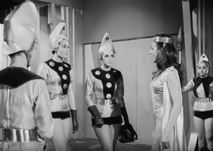 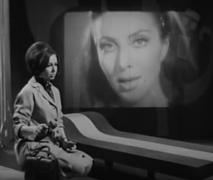 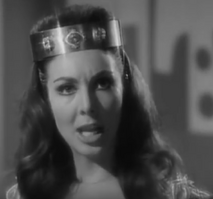 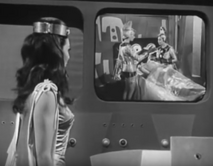 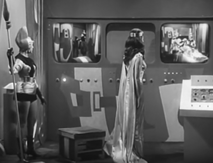 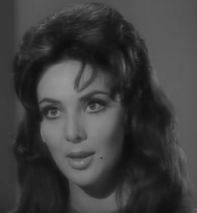 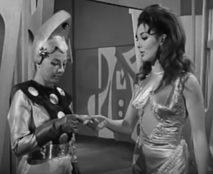 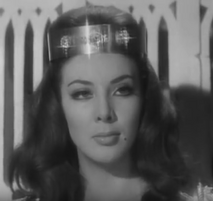 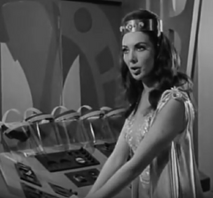 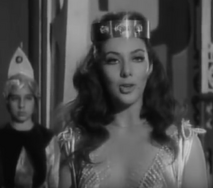 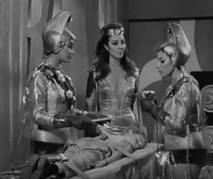 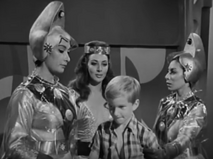 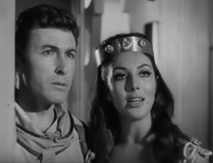 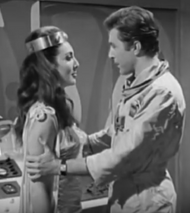 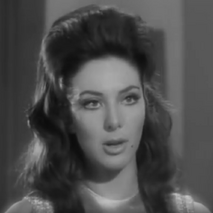 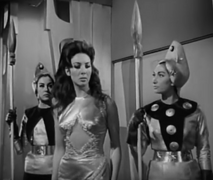 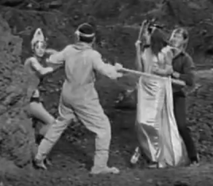 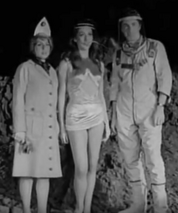 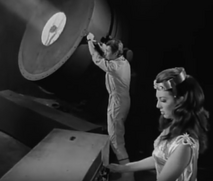 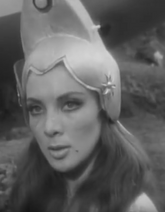 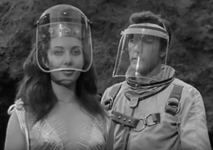 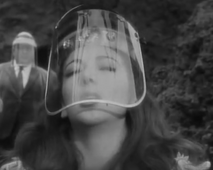 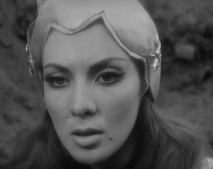 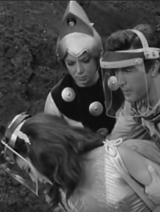 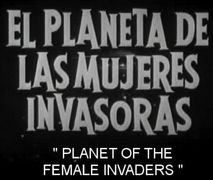 Add a photo to this gallery
Retrieved from "https://femalevillains.fandom.com/wiki/Queen_Adastrea_(El_Planeta_de_las_Mujeres_Invasoras)?oldid=182504"
Community content is available under CC-BY-SA unless otherwise noted.