Start a Wiki
watch 01:48
The Loop (TV)
Do you like this video?
Pushy Galore is the main villainess in the 2003 episode "Everybody Loves Pushy" for the TV cartoon series "Stripperella". Pushy Galore was voiced by Jill Talley.

Erotica Jones discovers the truth behind the success of Pushy Galore's home shopping networks, that she is selling knock off brands.  She is told by Agent 14, that Pushy Galore use to be a scientist and that she has adopted more than one thousand children from third world nations, all of which live with her.  However, all of the children have never been seen in public and that she has been married 143 times, and each of her husbands have mysteriously disappeared after their wedding day.

It is determined that the knock off Gucci purse that Stripperella takes to the lab, is made of human flesh. As a result, she changes into Stripperella and infiltrates Pushy Galore's factory.

At the factory Stripperella uncovers that Pushy's products have been produced by forced slave labor from third-world countries.  In addition, she is genetically manipulating animals for the skins, as well as human flesh from her husband Richard Simmins.

Stripperella confronts Pushy who is holding her husband Richard as hostage.  The two have a catfight, in which Stripperella rips off Pushy's fir coat.  It is uncovered that Pushy has multiple sets of arms, which she obtained from a lab accident.

Pushy is able to get away by piloting a blimp, as Stripperella holds onto a rope attached to the bottom.  Stripperella is able to climb up the rope avoiding the bullets being shot at her from Pushy.

Stripperella pushes Pushy out of the back end of the blimp, but Pushy has a parachute on.  Fortunately, she lands in the courtyard of the State Penitentiary, and is immediately arrested. 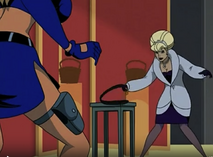 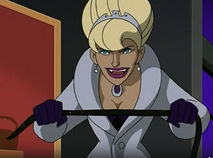 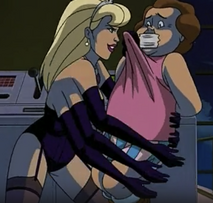 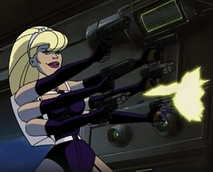 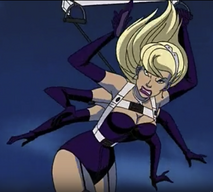 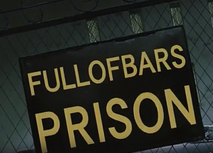 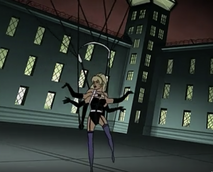 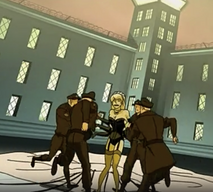 Add a photo to this gallery
Retrieved from "https://femalevillains.fandom.com/wiki/Pushy_Galore_(Stripperella)?oldid=188265"
Community content is available under CC-BY-SA unless otherwise noted.