Princess Clara (Tara Strong) was one of the eight housemates of the cartoon Drawn Together. Out of the housemates, she was the most likely to be portrayed as an antagonist, though she did have heroic moments and episodes, as well.

Princess Clara was a parody of the Disney Princesses. She most closely resembled Ariel from The Little Mermaid. She was drawn in a style similar to Disney animation. She was also similar to Snow White, which was mostly expressed in the episode "Requiem for a Reality Show", when she was singing a song and forest animals came out and danced with her.

Princess Clara is a pampered, naive, bigoted member of royalty. Her father is the king of an unnamed kingdom. Clara's mother was killed by her father's driving a carriage while intoxicated, and her father took a second wife. Clara's stepmother was evil and placed a curse on her stepdaughter's vagina, causing it to turn into a giant, tentacled monster known as the Octopussoir. Clara dreads her Octopussoir, and later has it surgically removed. However, she isn't pleased with her new vagina (because it had a freckle), and after the second surgery, keeps finding (increasingly ridiculous) faults with it. Wooldoor performs dozens of plastic surgeries on Clara's vagina, eventually turning it into a hideous face similar to Joan Rivers (known as the Vajoana). By then, Wooldoor has performed every possible plastic surgery on Clara's vagina and tells Clara that her vagina cannot handle any more surgery. When Clara asks Wooldoor if he can put the Octopussoir back in, she finds out that the Octopussoir has moved on and become a successful real estate agent. Clara later learns to accept the Vajoana.

Clara also has a mentally retarded cousin named Bleh, who visited the house in one episode.

Clara is strongly prejudicial and arrogant, often making fun of housemate Foxxy Love. She is extremely anti-Semitic (ironically, her voice actress, Tara Strong, is Jewish) and believes in various anti-Semitic myths such as well-poisoning. She also disapproves of homosexuality.

However, there are instances where Clara is portrayed in a positive light. She is extremely friendly and empathetic with animals, and has even shown kindness to her housemates on occasion.

Clara is often the designated villain due to her bigotry and religious fanaticism.

In "The Other Cousin", she poisons Captain Hero.

In "Foxxy vs. The Board of Education", she vows to stop Spanky's gay marriage to Xandir despite Spanky's life being in danger without the insurance Xandir can provide.

In "Clum Babies", she crusades against both Wooldoor's masturbation and the use of the Clum Babies to heal the sick despite the number of lives that are being saved and diseases that are being cured, but ultimately, and hypocritically, disguises herself in an attempt to procure a Clum Baby to cure her tuberculosis. On her behavior in this episode, Executive Producer Bill Freiburger stated, "Clara's attitude about it all is completely in character for her as a character and for her as a symbol of the religious right. She's definitely a meat eater as we've seen in the past. And she's not above killing animals. But she is against harming embryos no matter how much good it will do for the living... unless it benefits her directly, then she's more than willing to be a hypocrite to save her own life.".

In the third season, Clara's characterization took on a decidedly negative turn. For several consecutive episodes at the beginning of the season, Clara was shown treating her housemates quite harshly. In the past, Clara had been sweet on the surface and insulted people mainly through ignorance. In Season Three, however, she was shown behaving with actual malice and spite. Additionally in the first two seasons, whenever Clara behaved badly toward one of the other housemates, she was usually allowed to realize she was wrong and given the chance to make amends; however, in Season Three, she shows little or no remorse for her behavior, and her character receives no real redemption.

In "Spelling Applebee's", she coldly manipulates Captain Hero into satisfying her sexual fetish for car crashes, realizing — but not caring — that he actually has real feelings for her. However, she is overcome with grief after her closest friends are killed in one of the crashes. Hero states he did it to "teach [her] a lesson", but it was obviously revenge-based punishment.

In "Unrestrainable Trainable", she mistakes Wooldoor for a Jew and pushes him into the pool in order to baptize him. When Wooldoor contracts hypothermia, Clara expresses obvious annoyance for being forced to take care of him, despite having played a big sister role to him in earlier episodes, and despite the fact that his condition is her fault to begin with. When she begins receiving accolades for taking care of him, Clara develops Munchhausen Syndrome by Proxy and deliberately keeps him sick and/or injured in order to keep him in her care; when he later confronts her about this, Clara becomes remorseful and promises to make amends, but then has him step into a bear trap while she is helping him recover, grinning evilly as her trick works.

In "N.R.A.y Ray", she spitefully insults Toot seemingly for no reason, interrupting Toot's happy mood to say, "What are you so happy about, do you know how fat you are?" (However, it should be noted that most of the other housemates treat Toot very poorly, as well, often making cruel comments about her weight.) She is subsequently punished when Foxxy's nephew, Ray-Ray, who has fallen in love with Toot, kills her overnight to punish her for insulting her.

No specific explanation is given for this trend in Clara's behavior, though the episode "Unrestrainable Trainable" gives some possible insight into Clara's mindset on the issue. When her housemates first begin praising her for taking such good care of Wooldoor, a surprised Clara exclaims, "Gosh, my roommates always hated me.". This seemingly indicates some ongoing tension between Clara and her housemates that the show never fully explores.

Clara hits her lowest point in the episode "Lost in Parking Space, Part One". In that episode, Clara, believing that the Rapture came and left her behind, signs away her soul to a man she believes to be Satan (though he is actually a delivery driver who merely wants her to sign for a package). Shortly after doing so, she embraces the dark side and rededicates her life to hurting others. She goes on a murderous rampage through a sanctuary for handicapped people, then, craving chocolate, heads for the mall. There she encounters a torture enterprise (similar to the film Hostel) and eagerly takes part in it. However, when her would-be victim turns out to be Foxxy Love, Clara realizes the mistake she made, and after rededicating her life to God, helps Foxxy escape. For the rest of the season, the darker elements that dominated Clara's portrayal in the first half of the season are gone. Clara becomes much nicer than she had been previously, and behaves with genuine concern for her housemates' happiness and well-being, suggesting that the ordeal Clara went through may have been a real turning point for her character.

Salivating over a potential car crash

Stomping on puppies and kittens for the Jew Producer's sexual gratification 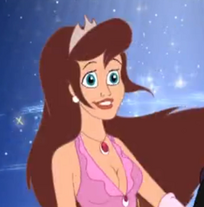 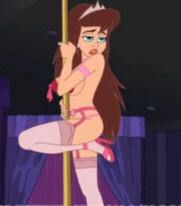 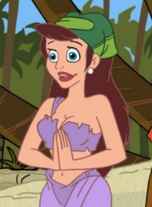 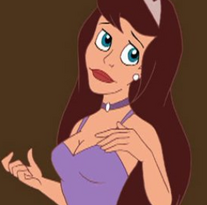 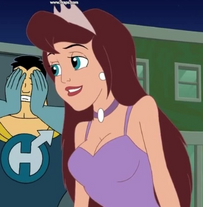 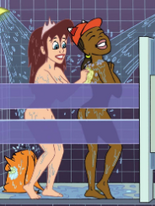 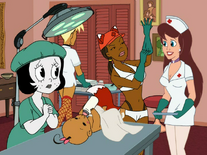 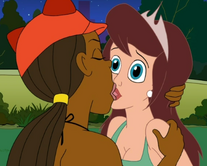 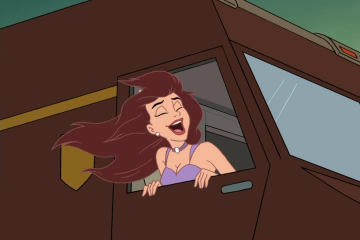 Retrieved from "https://femalevillains.fandom.com/wiki/Princess_Clara_(Drawn_Together)?oldid=198144"
Community content is available under CC-BY-SA unless otherwise noted.