Princess Alexa is the main villainess in the 1997 episode War Bride (season 3, episode 20) from the TV show Hercules: the Legendary Journeys. She is played by the actress, Josephine Davison.

Alexa is the younger daughter of King Tolas (Chic Littlewood) of Alcinia. Her older sister, Princess Melissa (Lisa Chappell), will succeed the ageing monarch to the throne. However, Melissa is a spoiled and rather immature brat, who is annoyed at the prospect of an arranged marriage with Prince Gordium (Ross McKellar) of Lathia. Alcinia and Lathia are two kingdoms that have a history of war and conflict between themselves, but Tolas believes that in the future there should be peace and union, because a weapon called “Fist of Tolas” has caused way too much destruction in the past. Unlike her sister, Alexa is the cunning and ruthless. She admires her father, but only for his past glory as a warlord. Peace with Lathia is not what Alexa wants.

After Melissa has been kidnapped on the eve of the wedding, Alexa suffocates her ailing father in his bed and declares herself queen. She changes her elegant princess robes against battle garb, and her sophisticated hairstyle into something more warlord-like. Blaming Lathia for the kidnapping, she orders the Fist of Tolas to be prepared for war. Later, we also learn that Alexa is in league with, and the lover of, Acteon (Mark Raffety), one of Prince Gordius’ closest advisors. It becomes obvious that having her own sister kidnapped and sold into slavery is, in fact, of the evil Alexa’s doing.

Meanwhile, Hercules (Kevin Sorbo) and Iolaus (Michael Hurst) have freed Melissa from slavers. He recognises her from years ago, when he talked Tolas into peace with Lathia, and decides to bring her back to her father. Putting up with Melissa’s spoiled, but nonetheless likeable nature, they travel to Alcinia. On their way, they see evidence of the Fist of Tolas having been used against villages and people, causing many fatal casualties. They also meet Prince Gordius, who agrees to join them. Melissa and the prince will get to know each other and fall in love.

Acteon joins Alexa and tells her that her sister is holed up in a nearby temple, together with Hercules, Iolaus and Gordius. The evil Alexa decides to destroy the temple with the Fist of Tolas, even if it means killing her sister. After a first attack, the heroes miraculously survive. The villainess then sets out to find her sister and kill her by her own hand. Menacing her with her sword, she confesses that she killed their father, and told the slavers to sell Melissa into a harem or bordello. However, Prince Gordius saves Melissa and forces Alexa to retreat.

The villainess joins her army and orders the destruction of the temple. However, Hercules fights his way through her soldiers and destroys the Fist of Tolas. Left with no options, the evil usurper decides to flee. This time, Melissa blocks her way and knocks her out with a hefty punch. Standing over her in triumph, Melissa sneers “Going somewhere, little sister?” The defeated Alexa is seen lying helplessly in the mud, rolling her eyes and slipping into unconsciousness.

Alexa is vain, ruthless and extremely violent. She does not shy away from murdering members of her own family (Tolas/patricide), selling them into slavery (Melissa), or trying to kill them (Melissa again/attempted sororicide). She utterly disregards the rules of dynastic succession in her kingdom and usurps the crown. Her first act as a ruler is to declare a war of aggression, during which she uses a weapon of mass destruction, even against non-combatant civilians. In the end, she has probably committed every crime under the sun. Unfortunately, we learn nothing about Alexa’s fate after her defeat. Although Melissa appears as the rightful queen of Alcinia in a later episode of the series, it will never be known whether she had her evil and treacherous sister imprisoned, executed, or exiled. 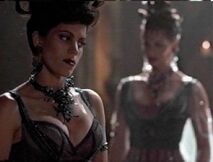 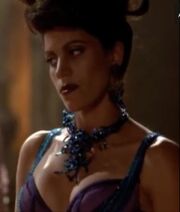 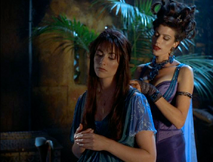 With her sister, Melissa 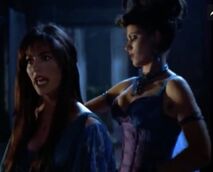 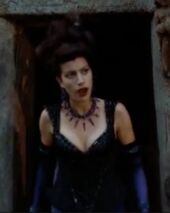 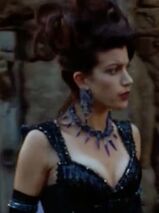 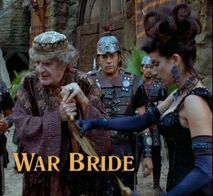 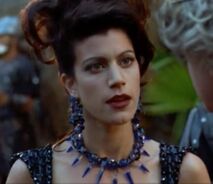 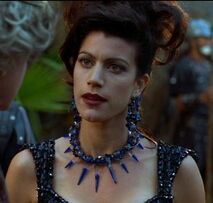 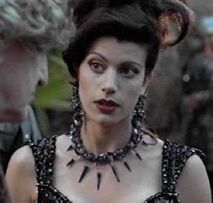 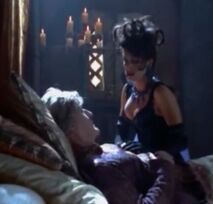 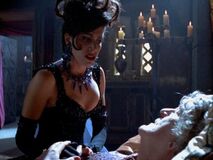 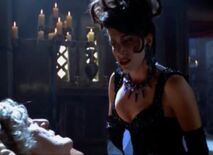 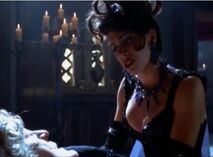 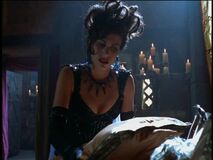 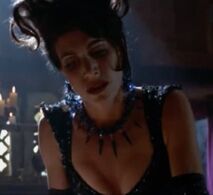 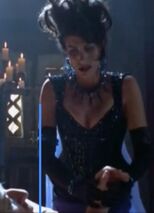 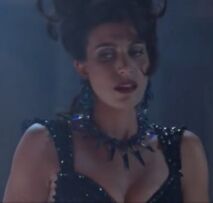 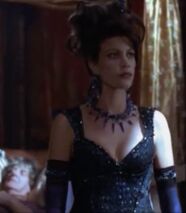 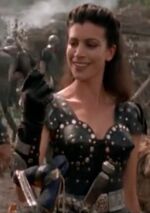 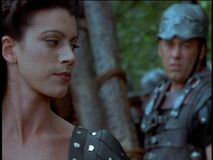 Ordering the WMD to be used 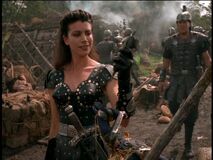 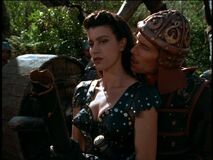 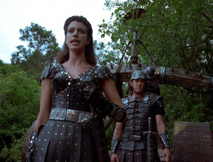 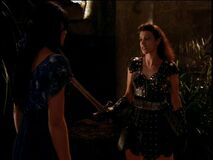 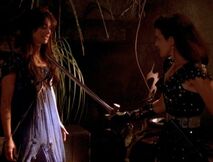 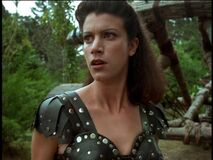 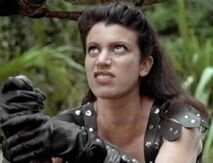 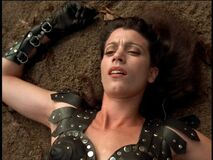 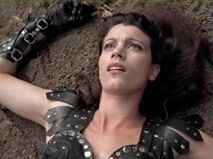 Add a photo to this gallery
Retrieved from "https://femalevillains.fandom.com/wiki/Princess_Alexa_(Hercules:_The_Legendary_Journeys)?oldid=159960"
Community content is available under CC-BY-SA unless otherwise noted.