Priestess of the Whip (Raquel Welch) is minor villainess in a small segment of the 1969 British satirical comedy film "The Magic Christian".

A group of them shown the way by Youngman enter the machine room.  Here they are greeted by the Priestess of the Whip, assisted by two topless drummers, in charge of over a hundred slave girls.  The girls are topless and wearing only loin cloths.  Rowing five to an oar, their wrists are shancled and fastened by chains to the ceiling.

The Priestess is dressed in a leather and metal haltered mail bra, with headdress, boots, and carrying a bullwhip that she is not afraid to use.  She struts up and down the raised aisle, and when the passengers enter, she becomes very upset.  When one of the passengers asks what is going on here, the Priestess responds with "How dare this intrusion.  Who are these people?"  Youngman answers her, that "these are my mates".  The priestess yells "Out, out", and snaps her whip at them.  One of the guys rather enjoys it, and asks for another.

The passengers are soon able to find an exit, and leave the Priestess to continue her duty. 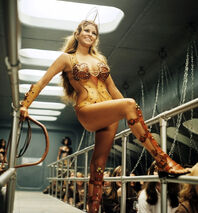 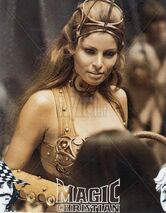 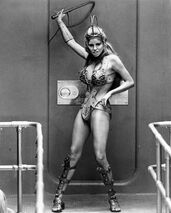 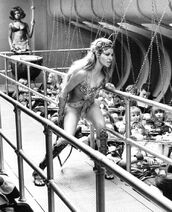 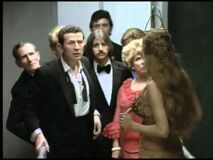 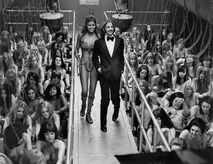 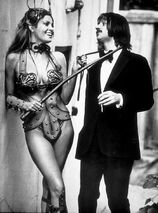 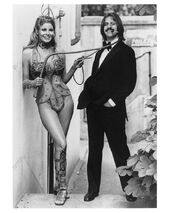 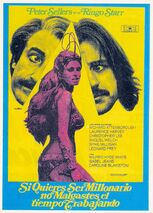 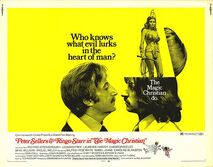 Add a photo to this gallery
Retrieved from "https://femalevillains.fandom.com/wiki/Priestess_of_the_Whip_(The_Magic_Christian)?oldid=202067"
Community content is available under CC-BY-SA unless otherwise noted.