Pola Pagola (Fiona Hendley) is a villainess in the second season (1984) of "Jane".  She appeared in four of the five episodes in the season.  The second season is often referred to as "Jane in the Desert" to distinguish it from the first season of 1982.  The series was an semi animation comedy spy film, that was reminiscent of the Daily Mirror newspaper comic strip.  The series was eventually adapted to the big screen in 1987 with "Jane and the Lost City".

Pola is first seen in Episode 2, where she is leaning up against a wall in a hotel in Lisbon, Portugal, smoking a a cigarette using a long holder with a black gown, transparent black opera gloves, and a fur draped across her shoulder.  Commander L (Frank Thornton) mistakes her for Lola Pagola (Suzanne Danielle).  Pola corrects him, saying that Lola is her sister, and she is in Germany at the moment.  The Commander notices that his room has been ransacked and the Professor Crankshaft (Bob Todd) is missing, who is the man who has the secret formula for the experiments on a new aircraft fuel.  He immediately figures out that Pola must have kidnapped him, and she is a Hun spy like her sister.  We later learn from sources, that Pola is more deadly than Lola.

Next we see two of Pola's henchmen Boris Badinov and Caspar Cutler (John Bird), carrying a large wicker box.  A body is moving inside it, and Pola thanks the boys for the information of the Commander.

From here we see Jane (Glynis Barber), the hero of the series, who is a British agent.  She is showering and the Commander tells them that they are now going to have to deal with Lola's sister Pola.  Without giving her time to put on clothes, they chase after Pola and her goons who are driving a laundry truck through Lisbon.  Suddenly, they find themselves in the Casbah of Algiers.

At the Cafe of the Seven Veils where Pola and her henchmen are staying.  She tells them to take care of the Commander and the girl.  One of the sneaks up on Jane as she is sleeping in her knickers and lingerie.  Her dog attacks the henchman and he falls backwards out of the window to the street below.  The other henchman slips on a bar of soap and also goes out the window.  Pola tells her men, that because of their incompetence, they must once again move Crankshaft. Pola has them take him to the palace of Sheik Bulbul Ben Catara (Henry Woolf).  Luckily Jane watches as the Professor is louded once again into the back of the laundry truck.  Jane jumped down on the top of the truck from her balcony window and took the bindings off the professor.

The next morning she finds herself in the harem of the Sheik.  She is tied up and placed in the dungeon, and Pola is now conversing with the Sheik.  The Commander brings Tombs (Max Wall) and Georgie Porgie (Dean Allen) to the palace to attempt a rescue.  Just as Casper is about to dispose of the prisoners, Georgie shows up and releases them. The take off through the desert in a sandstorm, and Pola and her men follow.  Pola assumes that they will be headed to the British camp.

Jane and her three men take advantage of a night's sleep at an Oasis.  In the morning when Jane takes a skinny dip in the pool, Pola arrives with her men and attempts to capture Jane.  However, the Commander fools her and tells her that they are covered.  After surrendering, Pola and her men are led into the British camp as prisoners with nothing but some bamboo sticks.

The professor shows Jane and the rest of the agents the secret formula for the aircraft fuel.  It turns out it is all just a pile of camel dun.  From the Guard Room of the camp prison, Pola trick the guard into giving her a last cigarette and matches to light it.  She has the henchmen tear up the matress to set it on fire.  When the alarm sounds, she was able to sneak out.  The military flight could not be delayed to look for her, so it took off with the two henchmen tied up, and Jane, Tombs, the Professor, the Commander, and Georgie flying.

Pola was hiding amongst some crates next to her henchmen.  While the rest of the group was asleep, Pola and her men used some sticks to rush the cockpit and take over control of the plane.  Pola was able to knock out both the professor and Georgie, which is a miscalculation on her part, since she soon finds out that Casper does not know how to fly.

As the plane is descending down in a deep spiral, Pola is soon seen parachuting down to safety.  She yells out "happy landing" and then calmly smokes a cigarette.

We soon learn that Jane, single handidly, without knowing how to fly, calmly took over the controls and was able to land in safety.  They learn that the Pagola sisters are still lurking in Europe, and it is their duty to track down these Nazi agents.  As Georgie and Jane leave, Churchill has managed to get the end of a string that is attached to Jane's skirt.  He and the Commander watches from the window as the backside slowly unravels showing her impressive bra and panties with garter belt. 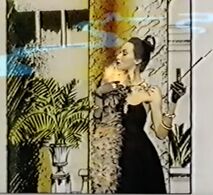 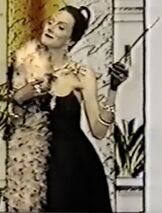 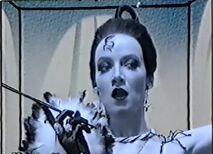 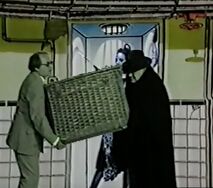 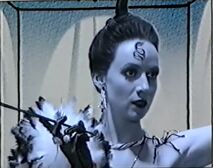 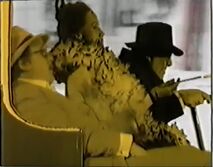 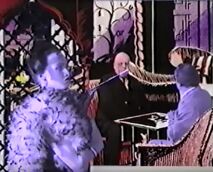 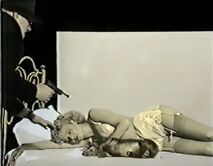 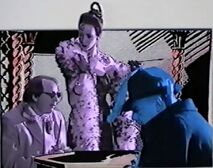 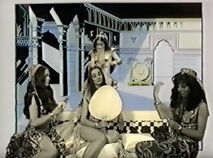 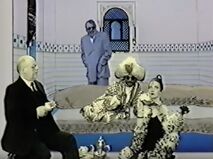 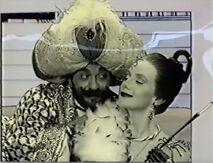 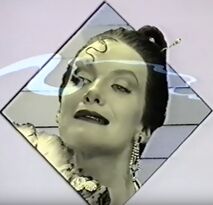 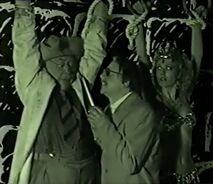 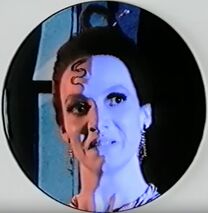 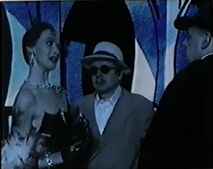 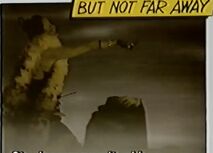 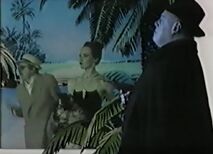 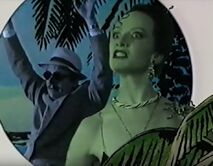 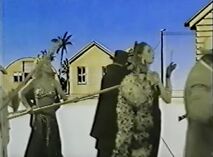 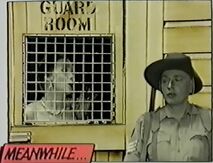 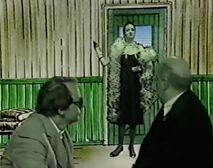 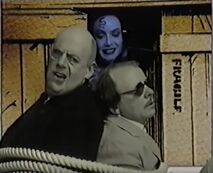 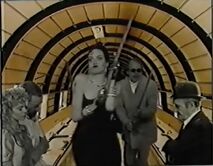 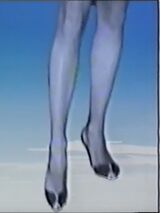 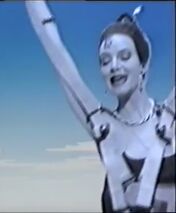 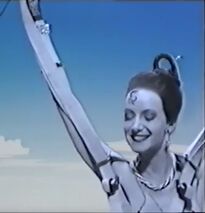 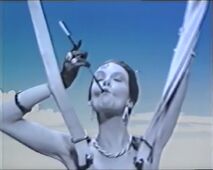 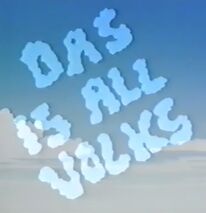 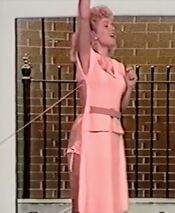 Add a photo to this gallery
Retrieved from "https://femalevillains.fandom.com/wiki/Pola_Pagola_(Jane)?oldid=212235"
Community content is available under CC-BY-SA unless otherwise noted.