Start a Wiki
watch 04:10
The Loop (TV)
Do you like this video?
Penelope (Leslie-Ann Huff ) is the hidden main villainess on the 2010 one-hour episode "Sonny With a Secret" on the TV series "Sonny With a Chance". She later appeared as her assumed name Marta Balatico in the 2010 episode "The Legend of Candy Face".

Peneople is the co-star of Sonny's former nemesis turned lover Chad Dylan Cooper. Penelope is jealous of Sonny and decides to get rid of her , so she can have Chad all to herself. She sents sonny a hate cake, just before she is due to leave to go to  Winsconin. When Chad confides to Sonny that he uses fortune cookies, People overhears via the microphone. She purplosely lets it slip.

She steals Nico and Grady's rare gold coin which later turns out to be chocolate, and plants it on Sonny. She even disguises herself as a girl named Vicki Sickowitz, claiming to be the real "Sicky Vicki".

When disquised as Marta she is even willing to kill for her desires. She replaced Sonny's cheese ball with a bomb that would explode when Sonny fired it from the cheese cannon. She also trapped Chad, Nico, Grady, and Zora on an airplane that was about to crash.  She was willing to let Chad escape the plane with her, but only if Chad would date her. When he refused, she jumped off the plane and took the only parachutes with her, without seeming to feel any guilt.

To throw suspicion off her, Penelope plants phony clues on Tawni, making it look like it was Tawni who was the culprit. In the end, she is caught by Tawni and arrested for her misdeeds. She was sent off to MacKenzie Falls for jail time. 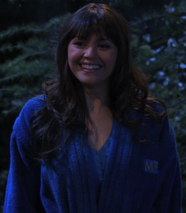 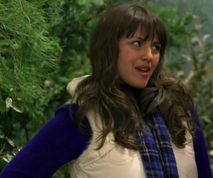 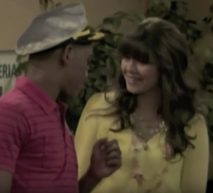 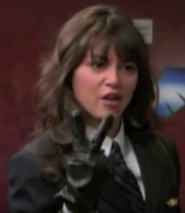 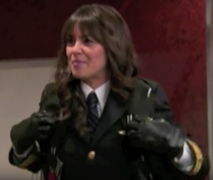 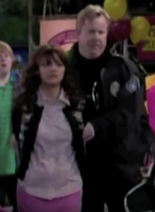 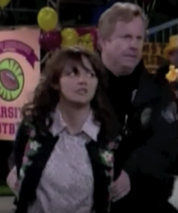 Add a photo to this gallery
Retrieved from "https://femalevillains.fandom.com/wiki/Penelope_(Sonny_With_A_Chance)?oldid=145779"
Community content is available under CC-BY-SA unless otherwise noted.