Pasiphae (Moira Orfei) is the evil witch in the 1964 Peplum film Hercules vs the Giant Warriors, which was also titled The Triumph of Hercules.

Pasiphae is a witch who is in cahoots of the tyrant Prince Milo. Milo is the army commander who murders the king of Mycene, and seizes power vowing to marry the king's daughter, Princess Ate and solidifying his rule.

Pasipahe gives Milo a magic dagger that conjures up a group of seven gold-tinted warriors to battle with Hercules. When Hercules defeated them in battle, Milo goads him into killing an innocent man, which causes his father, Jove, the king of the Gods, to strip Hercules of his god-like strength. 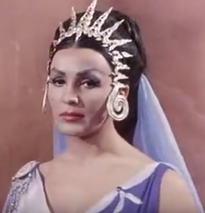 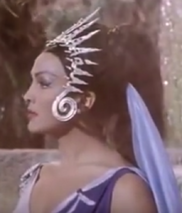 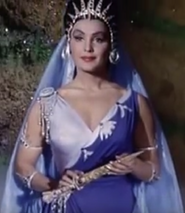 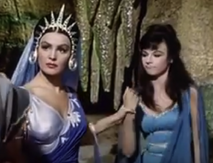 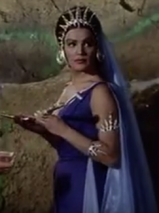 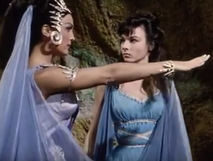 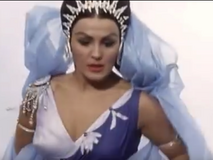 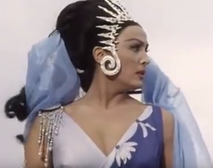 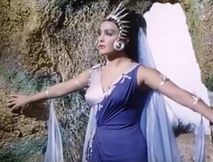 Add a photo to this gallery
Retrieved from "https://femalevillains.fandom.com/wiki/Pasiphae,_the_Witch_(Hercules_vs_the_Giant_Warriors)?oldid=197557"
Community content is available under CC-BY-SA unless otherwise noted.