Neaby, Oona is leading her native tribe in battle against her enemies.  She tells her men to kill the men and save the women for slavery.  Jo-Jo The Congo King see the damage to his people and tells the remaining survivors to flee into the marsh land, where Tanee waits to guide them through the earth traps.

Jo-Jo met Oona on the battlefield, where she nearly impaled him with her spear.  The two engaged in a fight atop her elephant, until they were both thrown off into a raging river filled with crocodiles.  Jo-Jo escaped the beasts making it appear he was a coward.

Oona held council in which she decided to pursue her foes in the marsh.  In the marsh, she had her men attach boards to their feet so they could stay on top.  At the same time, Jo-Jo snuck back to Oona's camp and released her elephants.  The elephants charged into the rear of Oona's warriors, trampeling them to death.

All of the sudden, the bog monster, a giant serpant came alive and began devouring some of Oona's warrirors.  Oona paniced and began running through the marsh.  In the process, she lost her marsh shoes and began sinking.  There was nothing she could do, as she sunk in the quicksand and died. 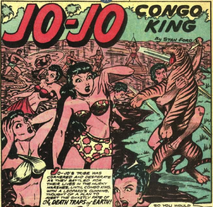 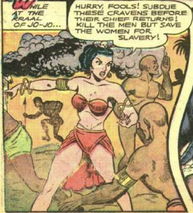 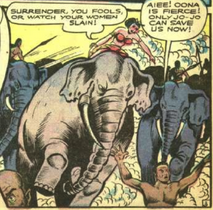 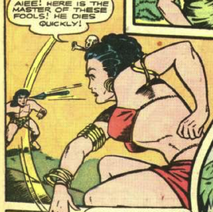 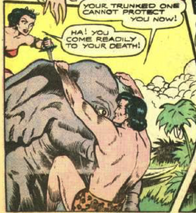 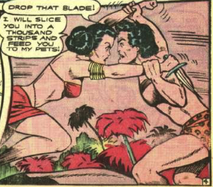 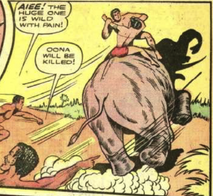 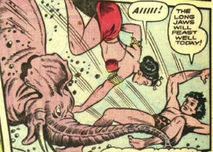 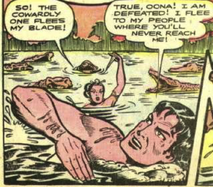 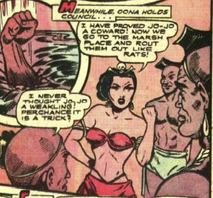 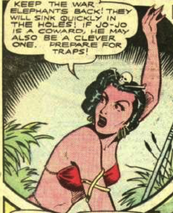 Add a photo to this gallery
Retrieved from "https://femalevillains.fandom.com/wiki/Oona_(Jo-Jo_Comics)?oldid=200260"
Community content is available under CC-BY-SA unless otherwise noted.