Start a Wiki
watch 01:51
The Loop (TV)
Do you like this video?
Older Nurse (Amy Lalonde) is one of the antagonists in the 2011 episode "Blood Drive" for the TV series "My Babysitter's a Vampire".

The Older Nurse and her partner, Annie Vee (Kristin Adams) were two nurses that appear at Whitechapel High School for a school wide blood drive.  Benny was determined to get his blood drawn by the super hot nurse Annie, but Ethan was scared of the needle and bailed.  Older Nurse is the more responsible of the two nurses, and often scolded Annie for flirting with all of the male students.

Erica ends up working as an intern while planning to take some of the donated blood for herself, since she was a vampire.  After Erica found out that the nurses had a truck full of blood, she recruited Rory to break into the truck and rob it.

Ethan and Benny became suspicious of Erica and Rory's motives, and planted a GPS inside Rory's backpack to monitor him.  Then Ethan had a vision while touching Annie the nurse, which told him that the nurses were vampires.

The Older Nurse caught Erica nad Rory in the truck and locked them in there so that she could take them to the Vampire's Council. Ethan and Sarah battled the nurses.  The Older nurse gets pinned to the ground by Ethan, but after a catfight with Sarah, Annie controls her in a choke hold.  The Older nurse smelled Ethan's blood and told him that his blood was H-deficient, which is a very rare and one-in-a-million blood type.  As a result, Ethan proposed a trade, giving the nurses a pint of his blood to the nurses if they agree to free Rory and Erica.

The trade was accepted and Erica and Rory were released.  When the nurses asked, what is to prevent us from taking more, they threatened to send an email on Ethan's phone revealing their evil plan to all of the high schools in the area. 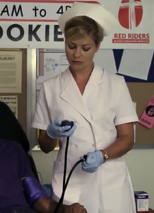 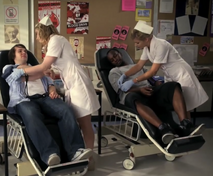 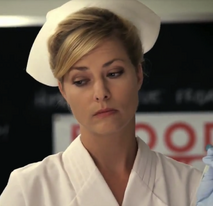 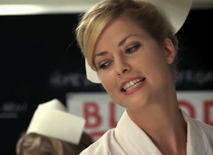 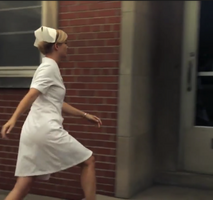 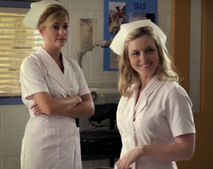 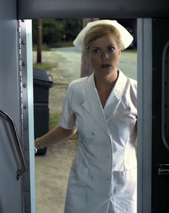 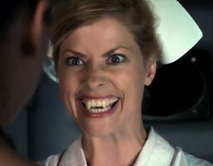 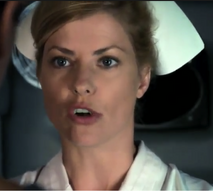 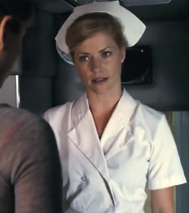 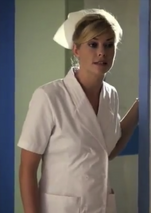 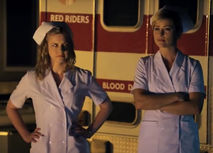 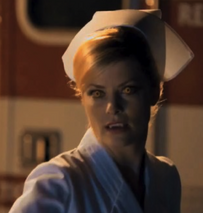 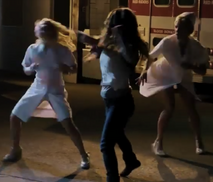 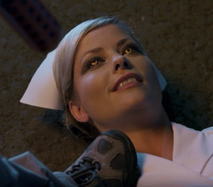 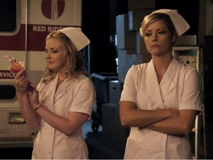 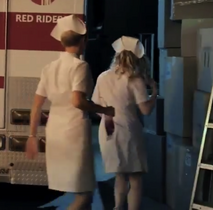 Add a photo to this gallery
Retrieved from "https://femalevillains.fandom.com/wiki/Older_Nurse_(My_Babysitter%27s_a_Vampire)?oldid=159548"
Community content is available under CC-BY-SA unless otherwise noted.