Start a Wiki
watch 01:51
The Loop (TV)
Do you like this video?
Officer Victoria (Heather Tom) was the true main villainess from the 2016 horror film, Little Dead Rotting Hood.

Officer Victoria was one of the many police officers in an area near the Appalachians, where wolves are going wild and killing people left and right. A supposed wildlife expert, Victoria suggested that the wolves were a more evolved breed than the usual species As it later turned out, they were werewolves, who were all subservient to a monstrous werewolf known as the Den Mother, who killed Deputy Henry in her cave.

Victoria's villainous turn came in the film's climax, when she revealed herself as the Den Mother to Adam, while claiming that Becky, another werewolf, had been killing others for Victoria's position. She also revealed that she had wondering about the Old Wolf Lady's bloodline and was surprised to learn that she had a granddaughter: Samantha (the main protagonist). With the full moon in the sky during the Autumn Equinox, the evil Victoria transformed into a werewolf and set off to do what she planned to do: go on a rampage and kill everyone in sight. Her terror led to the SWAT Team getting involved, but their gunfire could not subdue her. After Victoria killed Samantha's boyfriend, Danny, an enraged Samantha placed her powerful sword through her, killing Victoria. 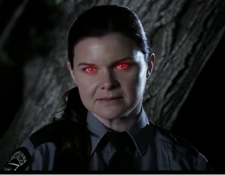 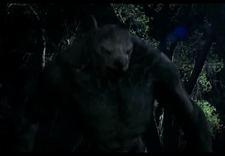 Victoria as a werewolf 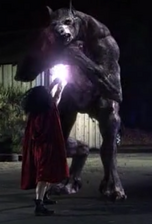 Victoria, in her werewolf form, stabbed to death by Samantha's sword

Retrieved from "https://femalevillains.fandom.com/wiki/Officer_Victoria_(Little_Dead_Rotting_Hood)?oldid=200659"
Community content is available under CC-BY-SA unless otherwise noted.